In a survey conducted last year, most water analyzed was deemed to be "very poor" or "relatively poor" in standard and cannot be used for drinking purposes. 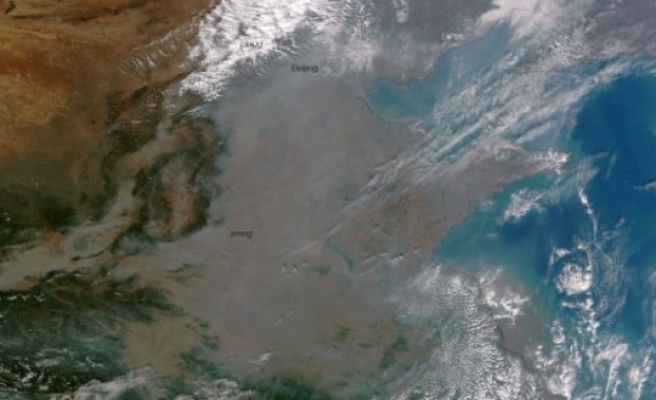 China's Ministry of Land and Resources on Tuesday revealed that almost 60% of its underground water across 203 cities is polluted.

In a survey conducted last year, most water analyzed was deemed to be "very poor" or "relatively poor" in standard and cannot be used for drinking purposes.

China's industrial doom has led to a number of environmental problems including air pollution and soil contamination, with around a fifth of farmland drenched in potentially cancer-causing elements.

Earlier this month it was also found that tap water in the Lanzhou province was contaminated with the toxic chemical benzene, with locals blaming the China National Petroleum Company for a pipeline leak.

Meanwhile, the chairman of the Chinese unit of French utility Veolia Environnement has apologised to the public after a cancer-inducing chemical was found in tap water supplied by the company, the Xinhua news agency said.

Benzene was found in tap water supplied by the Lanzhou Veolia Water Company in the northwestern city of Lanzhou on April 10, forcing the city of 3.6 million people to turn off supplies in one district. Other residents were warned not to drink tap water for a day.

Last week, China blamed Veolia for failing to maintain water quality. Veolia said it was not responsible for polluting the tap water with benzene.

Yao Xin, chairman of Lanzhou Veolia Water Company "bowed and expressed his apology" at a news conference organised by the government of Lanzhou, the Xinhua state news agency said late on Tuesday.

Yao said the reason he had not apologised sooner "was that he and all his staff had been putting all their energy into identifying the cause of the contamination and building new water pipelines".

Justine Shui, a Hong Kong-based spokeswoman for Veolia Water China, said by email it was "absolutely normal for the chairman of (the) joint venture to apologise to the customers for the inconvenience caused".

She said the joint venture "does not manufacture or store benzene and fully trusts the Chinese authorities to find the origin of the benzene".

The government has blamed a crude oil leak from a pipeline owned by a unit of China National Petroleum Corp for the benzene in the city's water. The city's water supply is now back to normal.

The government has not said whether it has opened an investigation into CNPC. PetroChina , the listed unit of CNPC, has denied media reports that it was to blame for the leak.

The Lanzhou government's complaints come amid increasing scrutiny of foreign companies by Chinese state media. The government and state media have taken a series of firms to task on issues ranging from pricing to complaints of poor quality products and shoddy customer service.