The British research team set out to investigate the risks of stroke and heart disease in relation to aircraft noise among 3.6 million people living near Heathrow, one of the busiest airports in the world. 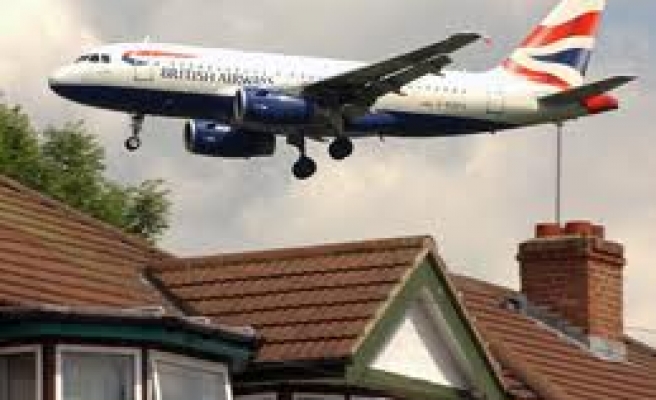 Exposure to high levels of aircraft noise near busy international airports has been linked to a higher risk of heart disease and strokes in two separate studies from Britain and the United States.

Researchers in London studied data on noise and hospital admissions around London Heathrow airport while a separate team analysed data for more than 6 million Americans living near 89 U.S. airports in 2009.

Both studies, published in the British Medical Journal (BMJ)on Wednesday, found that people living with the highest levels of aircraft noise had increased risks of stroke, coronary heart disease and other cardiovascular diseases.

Stephen Stansfeld, a professor at Queen Mary University of London who was not part of either research team but provided a commentary on their findings, said the results suggested that "aircraft noise exposure is not just a cause of annoyance, sleep disturbance, and reduced quality of life" but may also increase sickness and death from heart disease.

City and town planners "need to take this into account when extending airports in heavily populated areas or planning new airports," he said.

Other experts said the studies raised important issues about aircraft noise and health, but did not establish a causal link.

"Both of these studies are thorough and well-conducted. But, even taken together, they don't prove that aircraft noise actually causes heart disease and strokes," said Kevin McConway, a professor of applied statistics at Britain's Open University.

The British research team set out to investigate the risks of stroke and heart disease in relation to aircraft noise among 3.6 million people living near Heathrow, one of the busiest airports in the world.

They compared hospital admissions and death rates due to stroke and heart disease from 2001 to 2005 in 12 areas of London and nine further districts to the west of London.

Levels of aircraft noise for each area were obtained from the Civil Aviation Authority (CAA), and factors that could have affected the results, such as age, sex, ethnicity, social deprivation, smoking, air pollution and road traffic noise were also taken into account.

Their results showed increased risks of stroke, coronary heart disease, and cardiovascular disease - especially among the 2.0 percent of the study population exposed to the highest levels of daytime and night time aircraft noise.

The researchers noted that discussions on possible expansion plans for London's airport capacity have been on and off the table for many decades, with demand for air travel expected to double in Britain to 300 million passengers per year by 2030.

The research - the first to analyse a very large population across multiple airports - found that, on average, zip codes with 10 decibel (dB) higher aircraft noise had a 3.5 percent higher cardiovascular hospital admission rate.

The results showed that people exposed to the highest noise levels - more than 55 dB - had the strongest link with hospitalisations for heart disease, and the link also remained after adjustment for socioeconomic status, demographic factors, air pollution, and proximity to roads.

Conway said that because of the kind of data used, the studies could only "suggest very strongly that we should find out much more about aircraft noise and circulatory disease".