"Antioxidants allow cancer cells to escape cells' own defense system" against tumors, biologist Per Lindahl of Sweden's University of Gothenburg and a co-author of the study said. 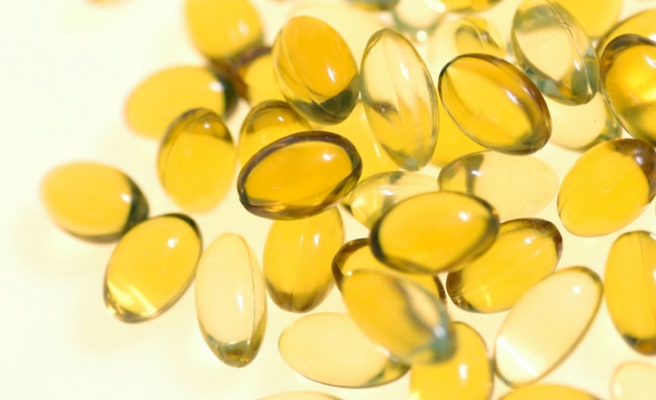 A decades-old medical mystery - why antioxidants such as vitamin E and beta carotene seemed to accelerate the growth of early lung tumors in high-risk populations such as smokers, rather than protect them from cancer, as theory suggests - may have been solved, according to research published on Wednesday.

In essence, "antioxidants allow cancer cells to escape cells' own defense system" against tumors, biologist Per Lindahl of Sweden's University of Gothenburg and a co-author of the study told reporters. That lets existing tumors, even those too small to be detected, proliferate uncontrollably.

The findings imply that "taking extra antioxidants might be harmful and could speed up the growth of (any) tumors," said biologist and co-author Martin Bergo of Gothenburg, adding, "If I had a patient with lung cancer, I would not recommend they take an antioxidant."

The study, published in Science Translational Medicine, did not examine whether antioxidants can also initiate lung cancer, rather than accelerate the growth of existing tumors. Nor did it examine whole foods naturally high in antioxidants. But it adds to a growing pile of research challenging the health benefits of taking vitamin supplements except in cases of malnutrition.

Last month, a review of dozens of studies found "no clear evidence of a beneficial effect of supplements" on heart disease, cancer or mortality. An accompanying editorial in the Annals of Internal Medicinewarned that "beta carotene, vitamin E, and possibly high doses of vitamin A supplements are harmful," while other antioxidants "are ineffective."

The new antioxidant study "seems quite sound," said Eliseo Guallar, professor of epidemiology at Johns Hopkins School of Public Health and a co-author of the editorial. "It's unfortunate that the public has the idea that vitamin supplements are good and antioxidants are better."

One concern about the new study is that the mice received doses of vitamin E at least four times, and as much as 50 times, Americans' recommended daily intake, noted Duffy MacKay of the Council for Responsible Nutrition, the supplement industry trade group.

Government data show that 90 percent of Americans have diets that contain less than the recommended intake of vitamin E, he said, calling the Swedish study "very interesting and hypothesis-generating," but not one that should change behavior.

Of all the gaps between biological theory and medical reality, few are as stark as that involving antioxidants.

In cells growing in the lab, antioxidants scavenge and disable free radicals, reactive chemicals produced during normal metabolism that can harm DNA and other components of cells. By the 1980s that had led to the idea that by protecting DNA from damage, antioxidants might prevent cancer and other disease and launched a bull market in antioxidants that continues unabated, with packages of cereal, granola bars, juice and more all touting their antioxidants and health magazines and television shows urging consumers to load up on them.

For the new study, the Gothenburg scientists gave vitamin E and a generic drug called N-acetylcysteine, both antioxidants, to mice with early lung cancer. The vitamin E doses were comparable to those in supplements; the doses of acetylcysteine, which is prescribed for chronic obstructive pulmonary disease (COPD) to reduce mucus, were relatively low.

The antioxidants caused a 2.8-fold increase in lung tumors, made the tumors more invasive and aggressive, and caused the mice to die twice as quickly - all compared to mice not given antioxidants.

When the antioxidants were added to human lung tumor cells in lab dishes, they also accelerated cancer growth.

That result jibed with the many studies finding that "antioxidants do not protect against cancer in healthy people and may increase it" or promote it in those who already do, said Bergo.

The significant advance in the study was pinpointing how this can be. What seems to happen is that antioxidants indeed decrease DNA damage, as expected. But the damage becomes so insignificant as to be undetectable by the cell. The cell therefore does not deploy its cancer-defense system, which is based on a protein called p53.

Ordinarily, if the p53 system detects significant DNA damage, such as from ultraviolet light, it kills the cell before it can become malignant. By allowing cancer cells to stay below the radar of p53, antioxidants allow tumors to thrive, the study found.

The scientists stressed that the results do not pertain to foods such as fruits and vegetables that are naturally high in antioxidants.

As for people with COPD who are taking acetylcysteine (a generic), "we think that should be carefully evaluated," Bergo said.

The National Cancer Institute already advises cancer patients that antioxidant supplements "should be used with caution."

The discovery of how antioxidants thwart cells' innate cancer-fighting machinery might explain why a groundbreaking 1994 study found an 18 percent higher incidence of lung cancer among 29,133 male smokers who received beta carotene than those who did not. The result was so unexpected and unwelcome that the editorial in the journal where it was published tried to dismiss it as "an extreme play of chance."

"It's disappointing but not surprising that people's beliefs are not modified by scientific evidence," said DrPaul Marantz, an epidemiologist at Albert Einstein College of Medicine in New York. "People so want to believe there is a magic bullet out there."