Terrified villagers are shutting off their communities to medical workers, even blocking roads and downing bridges. 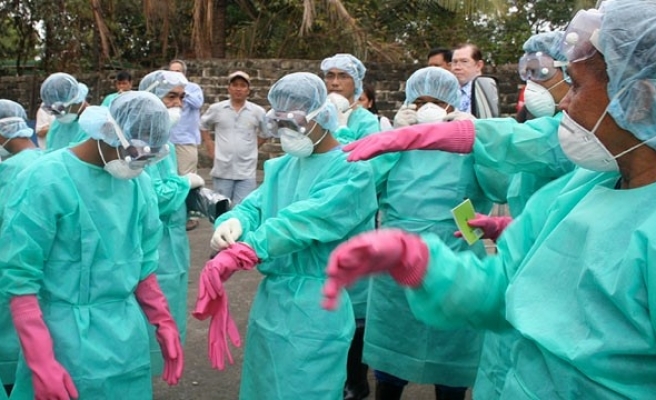 Governments and health agencies trying to contain the world's deadliest ever Ebola epidemic in West Africa fear the contagion could be worse than reported because suspicious locals are chasing away health workers and shunning treatment.

From Guinea, where the four-month-old outbreak claimed the first of more than 500 lives, to Sierra Leone, scores of patients are hiding away, believing hospitalisation is a "death sentence".

In Guinea's southeastern Forest Region some terrified villagers are shutting off their communities to medical workers, even blocking roads and downing bridges.

Over the border in Liberia's Lofa County, health workers trying to screen two communities for the deadly disease were chased off by locals armed with cutlasses, knives, and stones, according to an internal U.N. report seen by Reuters.

In eastern Sierra Leone, police had to fire tear gas to stop relatives trying to recover bodies of Ebola victims for family burial - a serious contagion risk - amid popular suspicions the cadavers might be used for experiments or macabre rituals.

"We are seeing a lot of mistrust, intimidation and hostility from part of the population," Marc Poncin, emergency coordinator for medical charity Medecins Sans Frontieres (MSF) in Guinea, told Reuters.

The MSF treatment centre at Gueckedou, 650 kilometres (400 miles) southeast of Conakry, was monitoring only one suspected case. Two weeks ago it had been treating around 25 Ebola patients.

But this was not, Poncin warned, because the disease was waning, but because he believed "dozens" of suspected cases were hiding out from medical teams in the surrounding forest region.

"What we are now seeing are villages closing themselves off, not allowing us to enter, sick people hidden in the community. They don't come and seek healthcare any more," he said.

This was increasing the risk of further propagation, adding to the challenge for medical authorities of an unprecedented epidemic spread across three nations that threatens one of the poorest regions of the world. Weak local health systems and porous national borders were magnifying the infection risk.

The World Health Organization reported on Friday a total of 888 Ebola cases including 539 deaths since February, saying the epidemic had surged in Liberia and Sierra Leone and calling the situation "precarious".

To handle the increased Sierra Leone cases, MSF was doubling the number of beds at its treatment centre in Kailahun. It warned it was racing against time to stop the spread of the disease and feared it was just seeing "the tip of the iceberg".

West African governments who met under WHO auspices earlier this month agreed a coordinated regional strategy but experts say more is needed in terms of effort, cooperation and funds.

"If we are to break the chain of Ebola transmission, it is crucial to combat the fear surrounding it and earn the trust of communities," said Manuel Fontaine, UNICEF Regional Director for West and Central Africa.

"We have to knock on every door, visit every market and spread the word in every church and every mosque," he added.

Ebola causes fever, vomiting, bleeding and diarrhoea and was first detected in then Zaire, now Democratic Republic of Congo, in the mid-1970s. Spread through contact with blood and body fluids of infected people or animals, it is one of the world's deadliest viruses, killing up to 90 percent of those infected.

Effective treatment needs cooperation from local communities to allow screening and contact-tracing of suspected cases, and then their isolation in properly equipped treatment centres.

But Poncin said people in Gueckedou were now shunning the centre there, where only 2 in 10 infected patients survived the disease.

"People see people arrive more or less OK and then they die there. So they start to mistrust the treatment centre," he said.

It was a similar story in Kenema in eastern Sierra Leone. "They think if you go to the hospital, you will die, like Ebola is a death sentence," said Red Cross worker Augusta Boima.

In contrast, at a treatment centre in Telimele in north Guinea, where more trusting patients had come forward earlier, the recovery rate was higher, over 75 percent, Poncin said.

At roads in and out of Kenema, a still bustling trading town, police and health authorities have set up checkpoints, questioning travellers and checking temperatures for fever.

"People say after they check you they will take you to the hospital and you will not come out again. So this is why so many people are afraid, why they will not come here," a fish trader at the checkpoint, who asked not to be named, told Reuters.

He complained his fish trade was "very bad", because people were avoiding coming to town, fearful of screening.

Across the three affected countries, 'outreach' teams are explaining the risks of Ebola and the need for treatment.

But they are often not welcome.

At one village in Guinea's forested Gueckedou prefecture, locals even dismantled a bridge to block health workers' vehicles, Poncin said, On another occasion, an MSF car was surrounded by threatening youths who came out of the forest.

In Liberia's Lofa County, health workers who visited two communities, Bolongoidu and Sarkonnedu in Voinjama district, were intercepted by village elders and a mob of angry residents.

"They said the villagers were not interested in messages on Ebola because as far as they were concerned Ebola does not exist and that they should leave immediately or they would be beaten up," was how the incident was reported back to the U.N. mission.

Poncin said that in Guinea's southeastern forest region, where age-old animist beliefs exist side-by-side with imported Christianity, many locals shunned the modern world and its medicine, preferring instead to rely on traditional healers.

This had led to some associating Ebola with witchcraft and sorcery, or branding it an evil brought in by foreigners.

Because of contagion risk, authorities say the cadavers of Ebola victims must be disposed of securely. But families in West Africa, where the washing of the deceased by family members is part of traditional burials, often struggle to understand this.

"For us to now have to give our beloved dead relatives away to people who will wrap them in a plastic bag and dump them in a grave without us washing and honouring them is hard to stomach," a traditional Sierra Leone leader said, asking not to be named.

This incomprehension can tap into deeper fears, still common in West Africa, of body parts being used for ritual or magic.

"Putting people in body bags creates a lot of suspicion in the minds of people; they think parts of the body are being cut, and that's why the body is not being allowed to be displayed," said Kenema health officer Sheku Bockarie.

While daily life goes on in Guinea, Liberia and Sierra Leone, whose people have suffered years of conflict, poverty and disease, the Ebola fears are affecting some social habits.

"We have decided to ask our children to not play with any other child because we do not know who is the carrier. Also, I do not shake hands. I only speak and wave," said Liberian mother Marie Wleh in Logan Town, Monrovia.