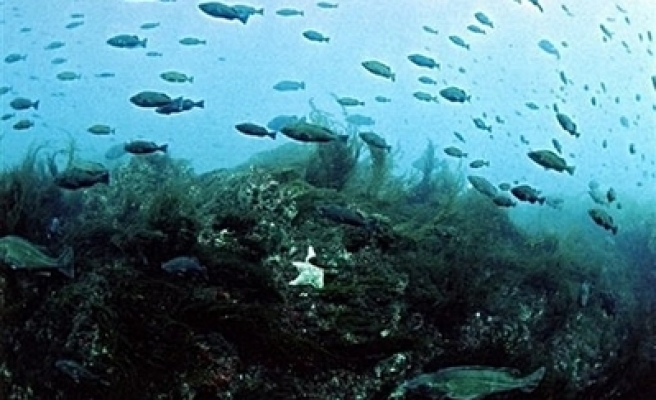 The president of the Pacific island state of Kiribati favours buying more land abroad after a purchase in Fiji, to secure both food supplies and perhaps a future home if rising sea levels swamp low-lying atolls.

Anote Tong, in Norway on a stopover to view melting Arctic ice pushing up sea levels before he attends a U.N. climate summit in New York on Tuesday, said he wanted to lay conditions for "migration with dignity" from the islands.

"With sea level rise, the value of land will go up," Tong predicted in a weekend interview, nursing a cold from a visit to the Arctic archipelago of Svalbard. "I am not going to relocate my people, but someone else might" in coming decades.

"Some people have suggested 'why not (buy more land in) Australia and New Zealand, they are selling land to the Chinese?'," he said. "My view is 'yes' ... property poses the least risk" compared to other investments.

He said several islands had been abandoned in Kiribati partly because low-lying farmland was becoming less productive as storm surges whipped more salt onto the land. "It is contaminating our food crops," he said.

Crops grown on the higher ground in Fiji could help ensure food security in Kiribati. But relocation is complex because it raises issues of residence rights and citizenship.

Tong said that Kiribati had not mentioned relocation to the Fijian authorities when it bought the land but that Fijian President Epeli Nailatikau had said "Fiji will welcome you" if it were ever necessary.

Separately, the Alliance of Small Island States (AOSIS) urged stronger action by developed nations at the New York summit to cut emissions of greenhouse gases, blamed by the U.N. panel of experts for stoking heatwaves, floods and rising seas.

"The time for action was yesterday," Robert Watson, a former chair of the U.N.'s Intergovernmental Panel on Climate Change (IPCC) and lead author of an AOSIS report outlining needed actions, told Reuters. "We are losing the battle."

Among AOSIS' recommendations are a ban on building new conventional coal-fired power plants and for governments to set a price on carbon to penalise emissions.

The IPCC says it is at least 95 percent probable that man-made emissions are the main cause of global warming since 1950. Despite the scientific consensus, opinion polls indicate many voters suspect natural variations in the climate are to blame.

U.N. Secretary-General Ban Ki-moon joined a march for climate action in New York on Sunday that organisers estimated at 310,000 people, the biggest rally ever held on the issue