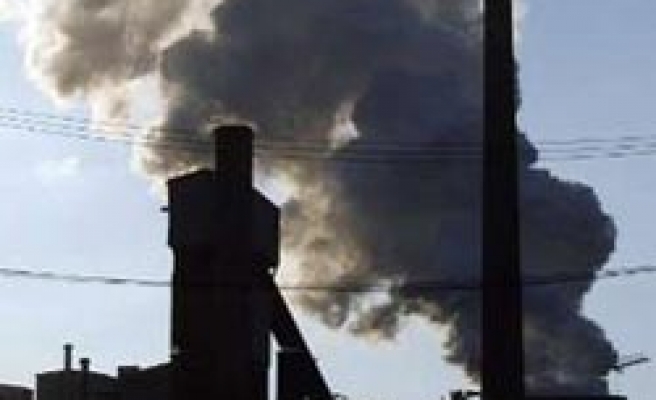 World Bulletin/News Desk
Australia has taken out a dubious honor at the climate change talks that extended their deadline into Saturday in the Peruvian capital of Lima.

The Climate Action Network, a global umbrella organization of over 900 environmental groups, awarded the Land Down Under a Colossal Fossil on Friday for being the most backward country at this year's U.N. climate conference.

“From the get-go Australia signalled they were not coming here to make progress towards a comprehensive international climate agreement,” a statement by the network said. “This was pretty clear when they sent a climate sceptic Trade Minister Andrew Robb along to “chaperone” Foreign Minister Julie Bishop into a negotiating dead-end.”

It concluded: “Shape up Australia, you are making Canada look good!”

The network is the self-appointed environmental watchdog at the conference, awarding Fossil awards to countries that perform the worst during negotiations.

There have been ten days of Fossils awarded at the Lima COP20 and Australia has won nearly half. The country’s worsening status and reputation as a “climate wrecker” achieved an all time low with a fourth Fossil of the Day and the penultimate Colossal Fossil.

As Australia picked up its fourth Fossil of the Day on Thursday, the Climate Action Tracker released an analysis showing that “creative accounting” and years of diplomatic maneuvering has been allowing Australia to increase emissions while still meeting its minimum five percent reduction commitment.

According to the tracker, Australia’s emissions are likely to be 26 percent above 2000 levels by 2020, and a massive 47.59 per cent above its original Kyoto treaty pledge.

Despite the country’s actual emissions climbing, international climate action group The Tree, says “Australia can still meet its already lax commitments with barely any action thanks to being selective on baseline emission sources, and its creative approach to accounting for land use change and forestry”.

Accusations that Australia has “cooked the books” have been swirling since the release Friday of research by Climate Analytics and the Potsdam Institute for Climate Impacts Research, highlighting the extent to which the country has managed to get a free pass on emissions targets over the past two decades.

“Australia will be able to meet its [Kyoto] target by taking barely any action at all,’ says the report, noting that this is essentially because of the generous allowances it received on land use.

Australia has secured a succession of beneficial deals on how land use is credited in carbon accounting rules.

“It has become increasingly apparent that whenever Australia has talked of committing to reducing emissions, what it really means is that it will continue to increase emissions from fossil fuel and industry sources,” said the report’s lead author and Climate Analytics CEO, Bill Hare.

Hare said Australia had been going to “considerable diplomatic effort over more than 15 years” to hide its true levels of emissions.

“This is just the most recent example of Australia lobbying for rules that undermine the integrity of the emissions accounting system as a whole and/or rules that carve out special exceptions to the detriment of all, but to the benefit of a few,” said Hare.

Australia has threatened it will not ratify Kyoto again if it does not get its way on targets, which would allow it to emit a further six percent more carbon on top of its allowed emissions in 2020.

Australia ranked 57 out of 58 nations reviewed by a survey conducted by European non-government organizations, with only Saudi Arabia faring worse.

Australia has pledged a $200 million Australian dollar ($165,000,000) contribution – to be taken from its foreign aid budget -- to the Green Climate Fund, denying that international pressure forced it to make this commitment.

The pledge came after the government of Prime Minister Tony Abbott attempted to resist the Fund's inclusion on a G20 communique and snubbed a conference in Berlin that aimed to raise an initial AU$10 billion for the Fund.

Delegates from almost 200 nations in Lima are negotiating a draft text for a global climate pact next year in Paris, replacing the Kyoto treaty that expires in 2020.

The talks, which began Dec. 1 and were scheduled to wrap up Friday, lasted overnight and into the next day amid disagreement between industrialized and developing nations.