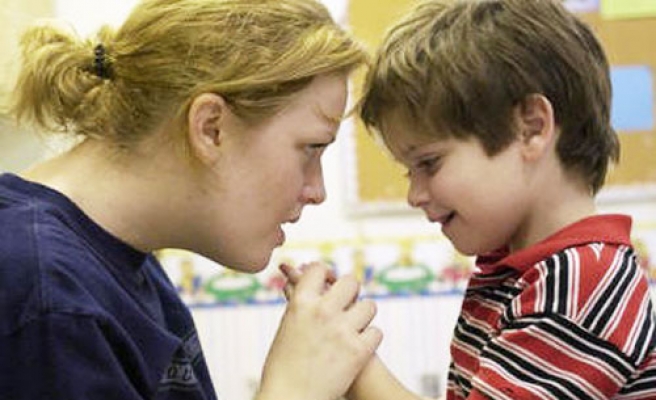 By studying brain scans of 120 men and women, half being diagnosed with autism, UK experts have found that autism affects male and female brains differently, according to a BBC report.

In the research, published in the Brain , scientists argue that more work is needed to understand how autism affects girls.

Experts said girls with the condition could be more stigmatised than boys while it mighter be harder for them to be diagnosed.

Autism, which affects 1% of the population, is more prevalent in boys, resulting in most research being focused on them.

In this study, scientists from the Autism Research Centre at the University of Cambridge used magnetic resonance imaging (MRI) to examine how autism affects the brain of males and females. It also compared the brains with those of people of the same gender who do not have autism.

Male and female brains differ with tissue volume being greater in males.

The same trend was not noted in males with autism as their brains did not show "extreme" male characteristics.

Dr Meng-Chuan Lai, who worked on the study said, "This research shows that it is possible that the effect of autism manifests differently according to one's gender.

Carol Povey, Director of The National Autistic Society's Centre for Autism, explained that "Girls can be more adaptive than boys and can develop strategies that often mask what we traditionally think of as the signs of autism.”

Povey added that "This "masking" can lead to a great deal of stress, and many girls go on to develop secondary problems such as anxiety, eating disorders or depression.”