B vitamins found to halve brain shrinkage in old

Daily tablets of large doses of B vitamins can halve the rate of brain shrinkage in elderly people with memory problems, data from a British trial showed. 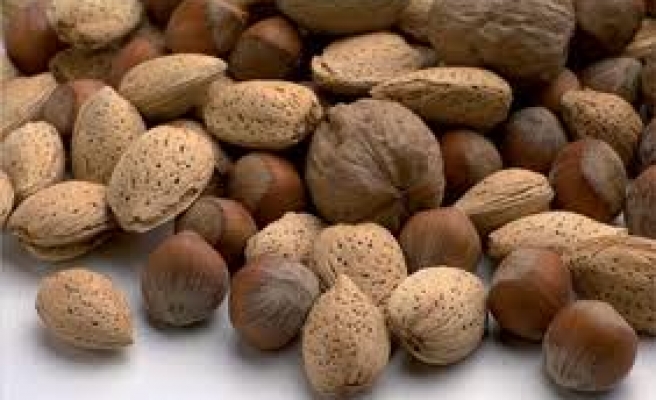 Daily tablets of large doses of B vitamins can halve the rate of brain shrinkage in elderly people with memory problems and may slow their progression towards dementia, data from a British trial showed on Wednesday.

Scientists from Oxford University said their two-year clinical trial was the largest to date into the effect of B vitamins on so-called "mild cognitive impairment" -- a major risk factor for Alzheimer's disease and other forms of dementia.

Experts commenting on the findings said they were important and called for larger, longer full-scale clinical trials to see if the safety and effectiveness of B vitamins in the prevention of neurodegenerative conditions could be confirmed.

"This is a very dramatic and striking result. It's much more than we could have predicted," said David Smith of Oxford's department of pharmacology, who co-led the trial.

"It is our hope that this simple and safe treatment will delay development of Alzheimer's in many people who suffer from mild memory problems."

Mild cognitive impairment (MCI) affects around 16 percent of people aged over 70 worldwide and is characterised by slight problems with memory loss, language or other mental functions.

MCI does not usually interfere with daily life, but around 50 percent of people diagnosed with it go on to develop the far more severe Alzheimer's disease within five years. Alzheimer's is a mind-wasting disease for which there are few treatments and no cure, and which affects 26 million people around the world.

Smith and colleagues conducted a two-year trial with 168 volunteers with MCI who were given either a vitamin pill containing very high doses of folic acid, vitamin B6 and vitamin B12, or a placebo dummy pill.

These B vitamins are known to control levels of an amino acid called homocysteine in the blood, and high blood levels of homocysteine are linked to an increased risk of developing Alzheimer's disease.

Helga Refsum, who also worked on the trial, stressed that vitamins were given in extremely high doses.

"This is a drug, not a vitamin intervention," she said.

Brain scans were taken at the beginning and the end of the trial to monitor the rate of brain shrinkage, or atrophy.

The results, published in the Public Library of Science (PLoS) One journal, showed that on average the brains of those taking the vitamin treatment shrank at a rate of 0.76 percent a year, while those taking the dummy pill had an average brain shrinkage of 1.08 percent.

People who had the highest levels of homocysteine at the start of the trial benefited the most from the treatment, with their brains shrinking at half the rate of those on the placebo.

Although the trial was not designed to measure cognitive ability, the researchers found those people who had lowest rates of shrinkage had the highest scores in mental tests.

Commenting on the study, Paul Matthews, a professor of clinical neurology at Imperial College London said that although the vitamins used are generally safe and inexpensive, the study "should not drive an immediate change in clinical practice"

"Instead, it sets out important questions for further study and gives new confidence that effective treatments modifying the course of some dementias may be in sight," he said.