The draft law, which has already cleared the Belgian Senate, goes beyond pioneering Dutch legislation that set a minimum age of 12 for children judged mature enough to decide to end their lives. 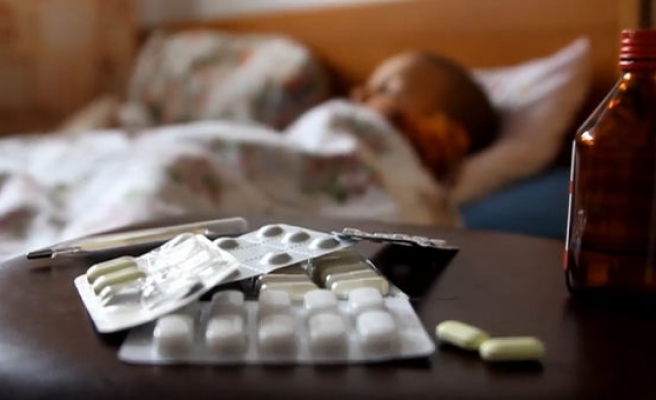 Belgium was due to become the first country to allow euthanasia for terminally ill children of any age on Thursday when its lower house of parliament votes on new "right-to-die" legislation.

The draft law, which has already cleared the Belgian Senate, goes beyond pioneering Dutch legislation that set a minimum age of 12 for children judged mature enough to decide to end their lives.

The bill has popular support in Belgium, where adult euthanasia became legal in 2002. It should easily pass in the Chamber of Representatives because most opposition parties will support it along with the governing Socialists and liberals.

Christian, Muslim and Jewish leaders have denounced it in a rare joint declaration and Catholic bishops have led days of prayer and fasting against it.

"This is not about lethal injections for children. This is about terminally ill children, whose death is imminent and who suffer greatly," said Carina Van Cauter, a lawmaker for the Flemish Liberal Democrats who back the law.

"There are clear checks and balances in the law to prevent abuse," she said of the law, which will need the signature of King Philippe before it comes into force.

Children seeking to end their lives must be "capable of discernment," the law says, and psychologists must test them to confirm they understand what they are doing. Parents must also approve of their child's decision.

Supporters of the law say these safeguards would rule out the very young and teenagers not mature enough to decide.

Opponents have dismissed these rules as arbitrary and warned the new law would lead to a slippery slope of ever wider interpretation and a "banalisation" of euthanasia.

Brussels Archbishop Andre-Joseph Leonard, head of the Catholic Church in Belgium, asked at a prayer vigil last week why the state wanted to give minors such responsibility when they had to wait until 18 for many other legal rights.

"The law says adolescents cannot make important decisions on economic or emotional issues, but suddenly they've become able to decide that someone should make them die," he said.

Belgium's rules on euthanasia have come under international scrutiny in the past year after it granted the right to die to deaf twin brothers who were about to turn blind and to a transgender person after an unsuccessful sex change operation.

The new law specifies that children seeking euthanasia must be terminally ill rather than just in a state of unbearable suffering, which is the qualification for adults.

Belgian nurse Sonja Develter, who has cared for some 200 children in the final stages of their lives since 1992, is firmly opposed to the bill.

"In my experience as a nurse, I never had a child asking to end their life," Develter told Reuters before the vote.

But requests for euthanasia did often come from parents who were emotionally exhausted after seeing their children fight for their lives for so long, she added.

FEW EXPECTED TO OPT TO DIE

In practice, supporters of child euthanasia say, there are likely to be few minors who will be allowed to die.

The Netherlands has only had five cases of child euthanasia since the law went into effect there in 2002. Overall Dutch euthanasia cases have varied between 2,000 and 4,000 a year.

Between 2006 and 2012, there was just one case of a Belgian under the age of 20 requesting euthanasia. Over 1,000 people opt for euthanasia in Belgium annually.

Apart from Belgium and the Netherlands, euthanasia is also legal in neighbouring Luxembourg, andFrance is considering legalising it later this year. Switzerland allows assisted suicide if the person concerned takes an active role.

In the United States, assisted suicide is legal in Montana, Oregon, Vermont and Washington states.