Body odor? Gene disorder may be the culprit

TMA is produced when people digest foods rich in a substance called choline -- including saltwater fish, eggs, liver and certain legumes, such as soy and kidney beans. 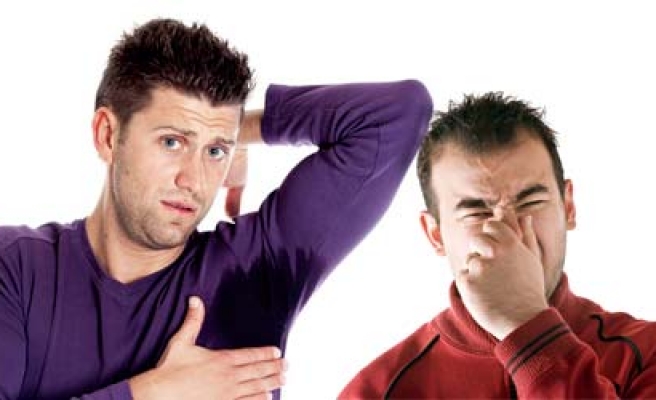 For some people with troublesome, unexplained body odor, an uncommon genetic disorder once known as "fish-odor syndrome" may be to blame, according to a study.

The condition, known clinically as trimethylaminuria, is caused by emitting excessive amounts of the compound trimethylamine (TMA).

TMA is produced when people digest foods rich in a substance called choline -- including saltwater fish, eggs, liver and certain legumes, such as soy and kidney beans.

Trimethylaminuria is caused by defects in a gene known as FMO3, which hinder the body's ability to metabolize TMA and turn it into odor-free compounds.

TMA itself has a strong fishy smell, but only about 10 to 15 percent of people with trimethylaminuria have that specific malodor, which may make it tougher to get a diagnosis.

For someone to have the disorder, he or she must inherit a defective copy of the FMO3 gene from both parents, who themselves would be unaffected "carriers." Of course, if either of the parents had the disorder, they would also pass it on.

Studies in the UK have estimated that up to 1 percent of white people carry a flawed copy of FMO3, with some ethnic groups -- including people from Ecuador and New Guinea -- having a higher rate.

For the current study, Wise and his colleagues looked at how often trimethylaminuria was diagnosed in patients who came to Monell seeking help for unexplained, persistent body odor.

They found that about one-third of the 353 patients tested positive for trimethylaminuria. Testing involves measuring the level of TMA in the urine after a person drinks a beverage with added choline.

Of the 118 patients who tested positive, just 3.5 percent had complained of a "fishy" odor. Far more often, they reported general body odor, bad breath and a bad taste in the mouth.

Many of the patients in the study had seen several doctors and dentists before being referred to Monell for testing. Some contacted the center on their own -- which Wise said was the major limitation of the study.

So it's unlikely that they are actually representative of all the people with unexplained body odor problems, he added, meaning researchers cannot conclude that one-third of all such individuals have trimethylaminuria.

George Preti, a Monell researcher who also worked on the study, said that in their experience, the second-most common culprit in unexplained body odor is chronic halitosis, or bad breath.

"It can be mistakenly perceived as body odor, because the odor is projected around your body when you speak or exhale."

Only a few labs in the United States perform testing for the disorder, but one way to gauge on your own whether you have it or not would be to make diet changes, such as avoiding choline-rich foods, Wise said.

If cutting out those foods improves your problem, that's a strong clue as to the underlying cause, he added.