California's drought looks like the worst in the state in more than 1,200 years, according to a new analysis of tree ring and soil moisture data. 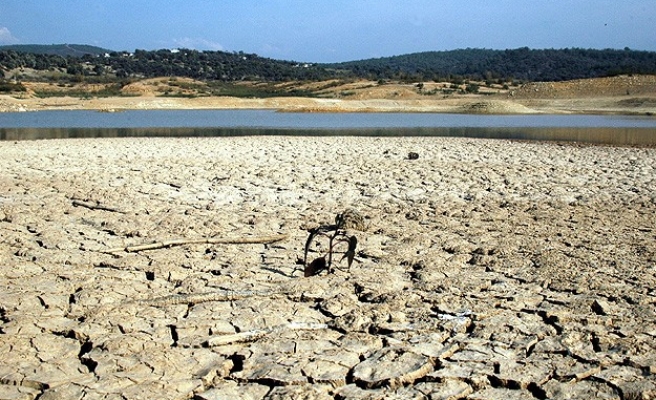 A combination of record high temperatures and sparse rainfall during California's three-year drought have produced the worst conditions in 1,200 years, according to a study accepted for publication by the American Geophysical Union (AGU).

The state has gone through numerous periods of dry weather, with as little or less rainfall as the past few years, but scientists looking at the cumulative effects of temperature, low precipitation and other factors said that it all adds up to the worst conditions in more than a millennium.

"The current California drought is exceptionally severe in the context of at least the last millennium and is driven by reduced though not unprecedented precipitation and record high temperatures," the report's authors said in the study released late Thursday.

The study by the University of Minnesota and the Woods Hole Oceanographic Institution said that warm, dry conditions have shrunk the supply of surface water from reservoirs, streams and the Sierra Nevada snowpack in the state, even as demand from people and farms has gone up, resulting in unprecedented scarcity.

Despite its conclusion that several factors add up to the worst conditions in 1,200 years, the report's authors point out that six years during that period were possibly drier than 2014, and that three-year-droughts are not unusual in the state.

Even so, the report said, the latest drought stands out because of its "cumulative severity."

The report has been peer-reviewed but not yet edited for publication, so some of the wording in it may change, a spokesman said.

It comes as California is experiencing a wet start to December that could result in 12-inches (30 cm) of rain and yards (meters) of snow over the next two weeks, according to the forecasting service Accuweather.

In October, the AGU published a study by NASA's Goddard Institute for Space Studies in New York City saying that the 1934 U.S. drought, which caused the upheaval known as the Dust Bowl, was the worst in 1,000 years.