Canadian-led stroke study may be most important in 20 years

'This breakthrough has the potential to improve the lives of the 15 million people who suffer strokes worldwide each year.' 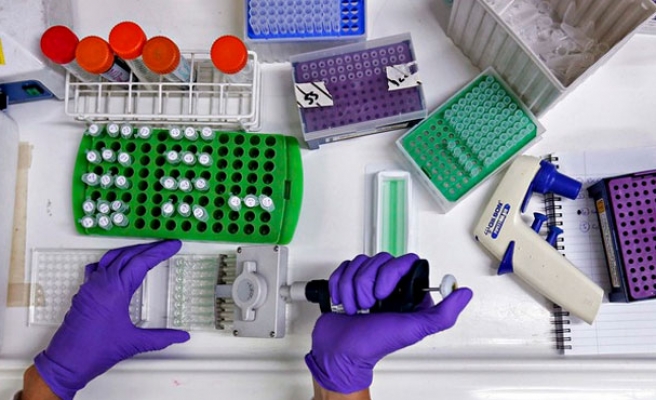 World Bulletin / News Desk
Results of a medical trial published Wednesday promises a new treatment for stroke patients that could dramatically improve the outcomes for the millions of patients who are afflicted annually.

The trial was led by researchers at the University of Calgary’s Hotchkiss Brain Institute, or HBI.

To say that researchers are ecstatic about the new clot retrieval procedure, known as endovascular treatment, or ET, is an understatement.

The ET treatment, which Canadian researchers said could become the international standard of care within a year, dramatically reduces the debilitating effects and the mortality rate among those who have suffered an acute ischemic stroke.

Strokes are caused by sudden artery blockages that cut off oxygen and glucose to the brain.

The clinical trial showed positive outcomes for patients who received ET increased to 55 percent from 30 percent, and instead of suffering major neurological disability, “in many cases patients went home to resume their lives,” the researchers said in a statement on the university website.

The mortality rate was reduced from two in 10 patients who received standard treatment to one on 10 with ET, a 50 percent reduction.

The clinical study involved treating strokes in the standard manner, then adding the ET treatment to 316 patients within 12 hours of their arrival at hospital.

Two-thirds of the patients in the study were from Canada, while the others were in the United States, South Korea, Ireland and the United Kingdom.

ET is performed by inserting a thin tube into the artery in the groin, through the body and into the brain vessels to the clot. The clot is then removed by a retrievable stent and pulled out, restoring blood flow to the brain.

This is the second trial to demonstrate the potency of the ET treatment in saving patients from brain damane and death.

“This remarkable achievement by the HBI stroke team is a shining example of brain research at its very best,” said Samuel Weiss, HBI director and leader of the University of Calgary’s Brain and Mental Health strategy.

Results were published online in the New England Journal of Medicine.