Patients with the most severe chest pain were no more likely to be having a heart attack, or to have one within the next month, than patients with lesser pain 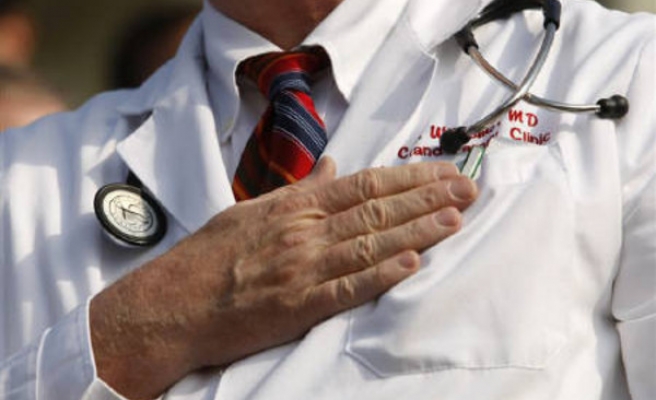 A high degree of pain does not make it any more likely that someone coming into the emergency room with chest pains is having a heart attack, according to a study.

Researchers at the Hospital of the University of Pennsylvania, who looked at more than 3,000 patients, also found that the most severe chest pain was not a good predictor of who was actually having a myocardial infarction, nor of which patients were more prone to having one over the next month.

The opposite was also true, said Anna Marie Chang, one of the authors of the study, which appeared in the Annals of Emergency Medicine.

"If chest pain isn't severe, that doesn't mean it's not a heart attack," she added.

Using a scale of zero to 10, with zero representing no pain and 10 being the worst pain imaginable, researchers gauged the pain levels of about 3,300 patients who arrived at the UPenn hospital emergency department complaining of chest pain.

They then followed the patients for 30 days to see who had further heart-related events.

Patients with the most severe chest pain were no more likely to be having a heart attack, or to have one within the next month, than patients with lesser pain. Pain that lasted more than an hour was also not a useful sign of a heart attack versus other conditions.

The pain of a heart attack also doesn't always settle in the chest area but may be in the chest, arm, jaw back or abdomen, doctors said.

Failures to diagnose acute myocardial infarction account for 30 percent of malpractice claims paid out, the study authors said, with 2 to 5 percent of patients who are having heart attacks being inappropriately discharged from emergency departments.

But while pain severity wasn't a good indicator of who was having a heart attack at the hospital, having arrived at the emergency department in an ambulance was.

That may be because people tend to dismiss chest pain until they are having symptoms they deem serious enough to warrant calling emergency services, said James Feldman, an emergency physician at Boston Medical Center who was not involved in the study.

"The cause of chest pain may or may not be a heart attack, but it could definitely be something serious," he added. SOURCE: http://bit.ly/ovyPwN (