From school in the late 1970s and 1980s, when only elite students gained entry into China's few biochemistry and molecular biology programs, they left China, graduated and worked their way up to senior positions in the world's top pharmaceutical companies. 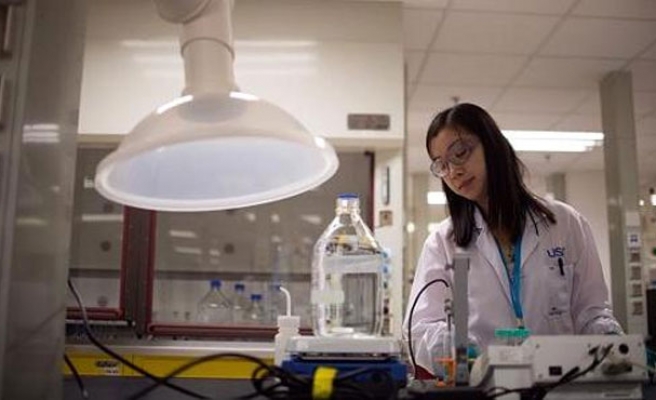 In biotech parks across the Yangtze River Delta, dozens of start-ups are working to develop drugs to treat China's biggest emerging diseases - from diabetes and Hepatitis B to respiratory illnesses and cancer.

It's early days, but firms like Hua Medicine and Innovent Biologics embody China's hopes for competitive biomedical innovation. And their Chinese-born, Western-educated founders represent the long-awaited return of the nation's brightest life scientists.

From school in the late 1970s and 1980s, when only elite students gained entry into China's few biochemistry and molecular biology programs, they left China, graduated and worked their way up to senior positions in the world's top pharmaceutical companies.

For decades, China tried to woo them home, but they were reluctant to return to a cloistered, politicized scientific establishment where winning research funds and promotion often depends on who you know. It took the jobs squeeze of the 2008 global financial crisis and fresh government incentives - from state-of-the-art research labs to grants, loans and government venture capital - to prise them from international careers to launch their own start-ups in China.

"To obtain major grants in China, it's an open secret that doing good research is not as important as schmoozing with powerful bureaucrats and their favourite experts," returnees Shi Yigong and Rao Yi wrote in a 2010 editorial in Science.

"If returnees want to do innovation, in academia there is traditional resistance and old practices," said Huiyao Wang at the Center for China & Globalization. "It's the private sector that really attracts people to start new ventures."

China has committed more than $300 billion to science and technology, with biotech one of seven pillar industries in the latest Five-Year Plan. Biomedical research investment jumped more than four-fold in 2007-12, though it is still dwarfed by spending in the United States and Europe, according to a 2014 study in the New England Journal of Medicine.

Returnee firms have listed in New York and London, work closely with 'Big Pharma' and attract investment from U.S. venture capital and multinationals.

"China is coming up, especially with returnees coming back. The innovation will come with the people," said Jimmy Zhang, a vice-president at Johnson & Johnson Innovation, which opened a regional center in Shanghai last autumn.

"I sometimes ask myself, 'why did I return to China?' I had a very comfortable life in the U.S. and my family's still there," said Michael Yu, Innovent's founder and CEO. "But for lots of Chinese men, there's always something in the heart ... a desire to go back and do something. Biotech has only just started in China so you can have significant impact for a whole industry, for a country."

After completing postdoctoral training at the University of California, San Francisco, Yu spent a decade at U.S. biotech firms before going home in 2006 to co-found Kanghong Biotech, which developed the first homegrown innovative monoclonal antibody to be approved by China's regulators. He later launched Innovent with funding from Chinese and U.S.-based investors, including bioBAY, a government-funded biosciences park in Suzhou. bioBAY spent $140 million on Innovent's 1 million square foot (92,903 square metre) laboratory and production facility.

Another returnee, Li Chen, was chief scientific officer at Roche's China R&D center when, in 2009, he was invited to dinner by U.S.-based ARCH Venture Partners, which encouraged him to go out on his own. "It wasn't something I was expecting," Chen said. He launched Hua Medicine in 2011 with $50 million from U.S. and Chinese investors. Last month, it closed another $25 million in series-B financing.

The returnee start-ups are leveraging shifts in the global R&D landscape. The financial crisis, expiry of blockbuster drug patents, and mega-mergers have forced major drugs firms to reprioritize, giving newcomers a chance to develop promising compounds already in the pipeline.

Hua is about to launch Phase 2 trials for a novel Type 2 diabetes drug in-licensed from Roche. Zai Laboratory, another returnee firm, has an in-licensing deal with Sanofi to develop two compounds to potentially treat chronic respiratory diseases.

By focusing on diseases that are on the rise in China, these firms can recruit from a vast patient population, speeding up the time it takes to conduct clinical studies.

However, China's regulatory environment, especially for drug approval, "has been quite inefficient and often inadequate," says Jonathan Wang at OrbiMed, a global healthcare-dedicated investment firm. Getting approval for human trials can take over a year, compared to just weeks in the United States.

"Everything else being equal, you'd go where the approval process is easier," said Wang.

For some, coming home is as much a personal as professional issue. Many are 'empty nesters' whose own children are now at college, or they have ageing parents.

"In the U.S., people have family and friends who can support them with 'angel money.' As first-generation immigrants, we don't have that kind of access there," said Zhang at J&J Innovation.

For the returnees, it's just the beginning.

"We've planted the seed for a fast-growing, innovation driven environment in China," said Steve Yang, chief operating officer at WuXi AppTec. "The impact of this group will be better measured in another 10-20 years."