Chinese bird flu may be spreading from person to person

"The threat posed by H7N9 has by no means passed," James Rudge and Richard Coker of the LondonSchool of Hygiene and Tropical Medicine said in a commentary in the same journal. 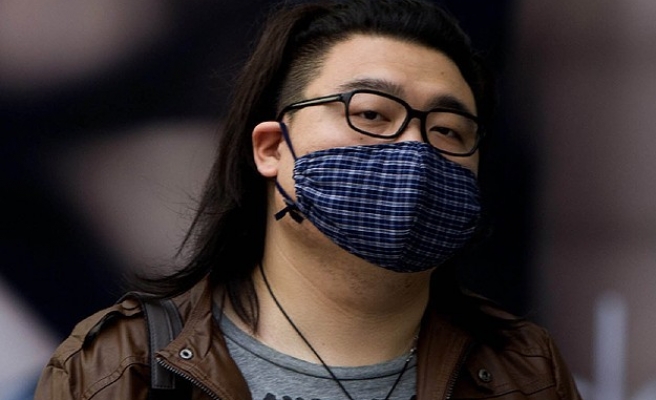 The first scientific analysis of probable human-to-human transmission of a deadly new strain of bird flu that emerged in China this year gives the strongest evidence yet that the H7N9 virus can pass between people, scientists said on Wednesday.

Research published in the British Medical Journal (BMJ) analysing a family cluster of cases of H7N9 infection in eastern China found it was very likely the virus "transmitted directly from the index patient (a 60-year-old man) to his daughter."

Experts commenting on the research said while it did not necessarily mean H7N9 is any closer to becoming the next flu pandemic, "it does provide a timely reminder of the need to remain extremely vigilant."

"The threat posed by H7N9 has by no means passed," James Rudge and Richard Coker of the LondonSchool of Hygiene and Tropical Medicine said in a commentary in the same journal.

The scientists who led the study stressed, however, that the virus has not yet gained the ability to transmit from person to person efficiently - meaning the risk is very low that it could cause a human pandemic in its current form.

The new bird flu virus, which was unknown in humans until February, has so far infected at least 133 people in China and Taiwan, killing 43 of them, according to the latest World Health Organization (WHO) data.

Most cases have been in people who had visited live poultry markets or had close contact with live poultry in seven to 10 days before falling ill.

The BMJ study, lead by Chang-jun Bao at the Jiangsu Province Centre for Disease Control and Prevention, analysed a family cluster of two H7N9 patients - a father and daughter - in Eastern China in March 2013.

The first "index" patient - a 60-year-old man - regularly went to a live poultry market and fell ill five to six days after his last exposure to poultry.

He was admitted to hospital on 11 March. When his symptoms became worse, he was transferred to an intensive care unit (ICU) on March 15 but died of multi-organ failure on May 4, the study reported.

The second patient, his healthy 32-year-old daughter, had no known exposure to live poultry but provided direct bedside care for her father in the hospital before he went to intensive care.

She developed symptoms six days after her last contact with her father and went into hospital on March 24. She was moved to the ICU on March 28 and died of multi-organ failure on April 24.

Strains of the virus isolated from samples taken from each patient were "almost genetically identical" - a strong suggestion that the virus was transmitted directly from father to daughter, the researchers said.

"To our best knowledge, this is the first report of probable transmissibility of the novel virus person-to-person with detailed epidemiological, clinical and virological data," they wrote.

Peter Horby of the Oxford University clinical research unit in Hanoi, Vietnam, who was not involved in this research, said the study raised the level of concern about H7N9 and reinforced the need for intensive surveillance.