Scientists have identified genetic mutations that appear to be associated with both esophageal and stomach cancer in two studies in China. 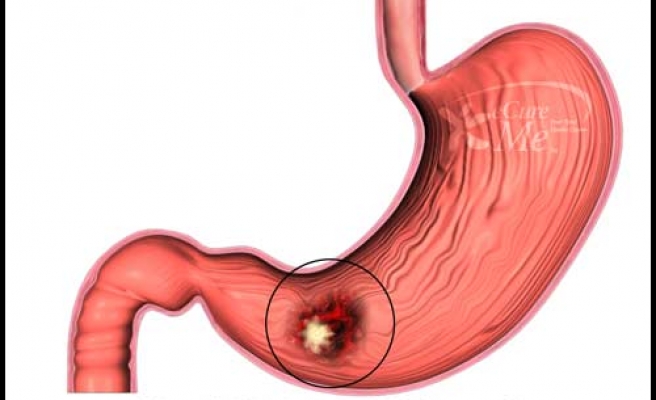 Scientists have identified genetic mutations that appear to be associated with both esophageal and stomach cancer in two studies in China, suggesting they may share similar triggers.

This finding adds to the understanding of how these cancers develop and may help in the hunt for cures.

Two mutations -- PLCE1 at location 10q23 and C20orf54 at location 20p13 -- showed up consistently in all these patients, the researchers wrote in a paper published in Nature Genetics on Monday.

"These results show that genetic variations at 10q23 and 20p13 contribute significantly to risk for esophageal cancer and (stomach) cancer in Chinese Han and Uighur-Kazakh populations," wrote the researchers, led by Wang Lidong at the Xinxiang Medical University in China's central Henan province.

China bears roughly half of the world's burden of these two cancers. Stomach cancer, the number-two killer after lung cancer, kills 803,000 people around the world each year, while esophageal cancer kills 400,000.

These cancers occur in parts of China where people consume a lot of preserved and salty food. They also tend to have less intake of fruit and vegetables.

In the second study, researchers led by Christian Abnet at the National Cancer Institute in Bethesda in the United States analysed the DNA of 2,240 Chinese patients with stomach cancer and another 2,115 with esophageal cancer.

They found that the PLCE1 variant showed up consistently in both groups, they wrote in a paper in Nature Genetics.