Li Guixin has submitted his complaint to a district court, asking the Shijiazhuang Municipal Environmental Protection Bureau to "perform its duty to control air pollution according to the law" 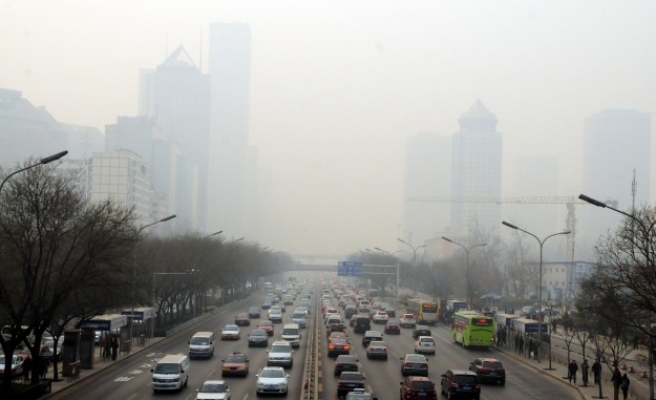 A Chinese man in a smoggy northern city has become the first person in the country to sue the government for failing to curb air pollution, a state-run newspaper reported on Tuesday.

Li Guixin, a resident of Shijiazhuang, capital of Hebei province, has submitted his complaint to a district court, asking the Shijiazhuang Municipal Environmental Protection Bureau to "perform its duty to control air pollution according to the law", the Yanzhao Metropolis Daily said.

He is also seeking compensation from the agency for residents for the choking pollution that has engulfed Shijiazhuang, and much of northern China, this winter.

"The reason that I'm proposing administrative compensation is to let every citizen see that amid this haze, we're the real victims," Li was quoted as saying by the newspaper.

It is unclear whether the court will accept Li's lawsuit.

His lawyer, Wu Yufen, declined to comment, telling Reuters "this information is quite sensitive". The court and the Shijiazhuang environmental protection bureau could not be reached for comment.

Li said he had spent money on face masks, an air purifier and a treadmill to get indoor exercise last December when the pollution was particularly severe.

"Besides the threat to our health, we've also suffered economic losses, and these losses should be borne by the government and the environmental departments because the government is the recipient of corporate taxes, it is a beneficiary," he said.

Northern China has in recent days been suffering its worst air pollution crisis in months.

Authorities have introduced countless orders and policies and made innumerable vows to clean up the environment but the problem only seems to get worse.

The government has invested in projects and empowered courts to mete out stiff penalties but enforcement has been patchy at the local level, where authorities often depend on the taxes paid by the polluting industries.

Beijing has been shrouded in stinking smog for more than a week and in an effort to cut pollution, 147 industrial companies in Beijing had cut or suspended production as of Tuesday, the Xinhua state news agency said.

"Of course, on days where pollution levels reach or even exceed the scale we are very concerned and we have to see this as a crisis," Bernhard Schwartlander, the World Health Organization's (WHO) representative in China, told Reuters.

"There's now clear evidence that, in the long term, high levels of air pollution can actually also cause ... lung cancer," he said.

Hebei, a major industrial region which surrounds Beijing, is home to some of the most polluted cities in China. Shijiazhuang routinely recorded "beyond index" measurements of particulate matter in early 2013.

The China Academy of Sciences identified the province as a major source of noxious smog that hung over Beijing a year ago.

The government said in an action plan for Hebei in September that it would ban new projects in certain industries, close outdated steel and cement facilities and slash coal use.

The province has promised to cut total steel capacity by 86 million tonnes, about 40 percent of last year's production, by 2020. Official data suggests that is starting to happen.