Researchers in the climbing study observed crocodiles in Australia, Africa and North America. The study documented crocodiles climbing as high as six feet (1.8 metres) off the ground. 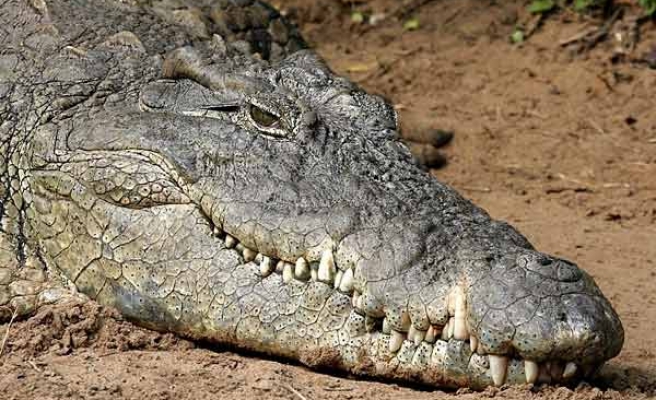 Most people entering crocodile territory keep a wary eye out on water and land, but research suggests they need to look up.

Though the reptiles lack obvious physical features to suggest this is possible, crocodiles in fact climb trees all the way to the crowns, according to University of Tennessee researcher Vladimir Dinets.

Researchers in the climbing study observed crocodiles in Australia, Africa and North America. The study documented crocodiles climbing as high as six feet (1.8 metres) off the ground. But Dinets said he received anecdotal reports from people who spend time around crocodiles of the reptiles climbing almost 30 feet (9 meters).

Dinets said crocodiles lack the toe and foot structure that would be expected of a climber. However, smaller and juvenile crocodiles in particular were observed climbing vertically while larger ones tended to climb angled trunks and branches, all of which is a measure of the reptiles' spectacular agility, he said.

"They just go slowly," he said. "Eventually they get there."

The finding was reported in January in Herpetology Notes in collaboration with Adam Britton fromCharles Darwin University in Australia and Matthew Shirley from the University of Florida.

The researchers believe the crocodiles climb to keep a lookout on their territory and to warm themselves in the sun.

"The most frequent observations of tree-basking were in areas where there were few places to bask on the ground, implying that the individuals needed alternatives for regulating their body temperature," the authors wrote.

People who spend time around crocodiles have known about the climbing ability for decades, Dinets said, but this study is the first to thoroughly examine the climbing and basking behavior.

Dinets also was co-author of a widely reported study in 2013 that demonstrated crocodiles used sticks and twigs to hunt, balancing nest-building material on their snouts just above the water line to lure birds. The crocodiles lay in wait for hours and lunged when a bird ventured near.

That finding was the first reported use of tools by any reptile and the first known case of predators timing the use of lures to a seasonal behavior in their prey, according to a University of Tennessee press release at the time.

"If crocodiles were extinct and you only knew them from fossils, you wouldn't be able to guess they climb trees because they don't have any physical adaptations," Dinets said.

"Assumptions based on fossils, he said, can be "far less correct than people think."