"Participant must have excess weight to reduce and stay away from unhealthy methods to lose weight and should be present on the final day to measure weight," Dubai Municipality said in a press release. 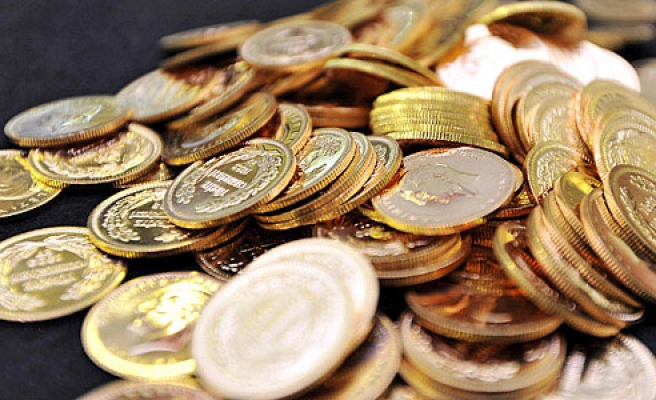 Dubai's government will pay residents in gold for losing those extra pounds as part of a government campaign to fight growing obesity in the Gulf Arab emirate.

The 30-day weight-loss challenge was launched on Friday to coincide with the Muslim holy month of Ramadan, when the faithful refrain from eating and drinking during daylight hours.

Many eat too much after breaking the fast, tucking into traditional dishes loaded with fat and sugar that can push their daily calorie intake well above levels outside of Ramadan.

For every kilogram dropped by Aug. 16, contestants who register from Friday can walk away with a gram of gold, currently worth about $42, Dubai's civic authority announced as part of its 'Your Weight in Gold' initiative.

"Participant must have excess weight to reduce and stay away from unhealthy methods to lose weight and should be present on the final day to measure weight," Dubai Municipality said in a press release.

Health officials in Dubai, the commercial hub of the United Arab Emirates, and in neighbouring Gulf nations, are spending millions to control obesity among their citizens.

Oil wealth and high household incomes have led to overeating, high-sugar diets and a heavy reliance on cars for getting around, leading to an explosion of diabetes and other obesity-related illnesses.

Five of the 10 countries where diabetes is most prevalent are in the six-nation Gulf Cooperation Council, according to the International Diabetes Federation (IDF), an umbrella organisation of more than 200 national associations.

Dubai is known for its larger-than-life offers. It has a history of giving away luxury cars and yachts in lucky draws and is home to one the largest gold markets in the region. The emirate even has gold vending machines in shopping malls.