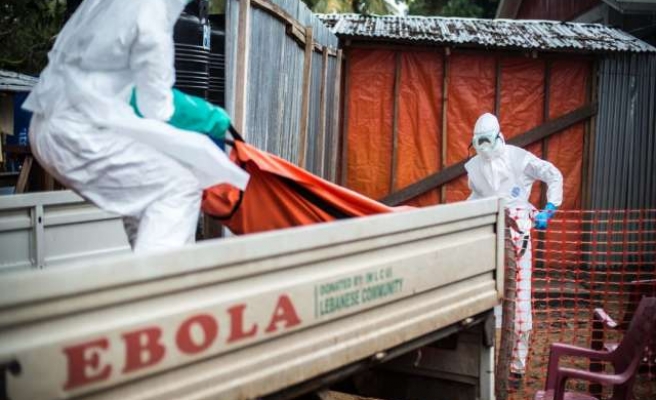 The number of new confirmed Ebola cases totalled 99 in the week to Jan. 25, the lowest tally since June 2014, the World Health Organization said on Thursday, signalling the tide might have turned against the epidemic.

"The response to the EVD (Ebola virus disease) epidemic has now moved to a second phase, as the focus shifts from slowing transmission to ending the epidemic," the WHO said.

"To achieve this goal as quickly as possible, efforts have moved from rapidly building infrastructure to ensuring that capacity for case finding, case management, safe burials, and community engagement is used as effectively as possible."

The outbreak has killed 8,810 people out of 22,092 cases, almost all of them in Sierra Leone, Liberia and Guinea.

Cases and deaths have fallen rapidly in Liberia and Sierra Leone in the past few weeks, with 20 deaths recorded in Liberia in the 21 days to Jan. 25 -- less than one a day.

But Guinea reported 30 confirmed cases in the latest week, up from 20 in the previous week. The epidemic is also still spreading geographically there, with a first confirmed case in Guinea's Mali prefecture bordering Senegal, which reopened its border with Guinea on Monday.

A resurgence of the virus in Guinea, where the outbreak began, would threaten President Alpha Conde's goal of eradicating Ebola from the country by early March.

Disease experts say that tracking down everyone who has had close contact with an Ebola patient is crucial to ending the outbreak. But in dozens of remote villages in Guinea, angry residents are blocking access for health workers.

The most intense transmission in Guinea is in Forecariah district, close to the border with western Sierra Leone, the worst Ebola hotspot.

"There have recently been reports of high levels of community resistance to EVD response measures in Forecariah, indicating a need to better engage the community in the response," the WHO said.