Ebola 'out of control,' wealthy nations must send medical teams

The worst Ebola outbreak in history has infected more than 3,000 people and killed some 1,550 since it was first detected early this year, U.S. health officials predict the number of Ebola cases will keep rising in the next two weeks. 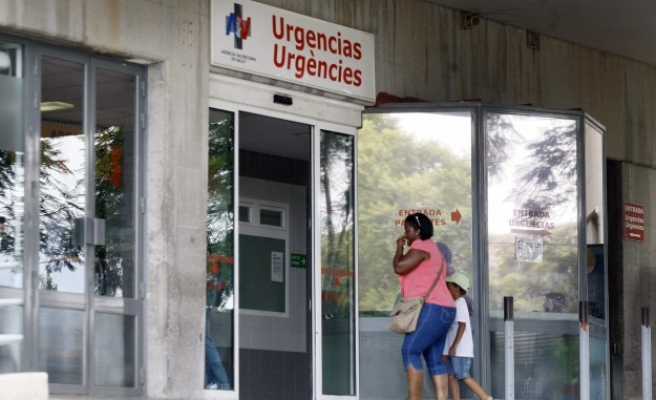 The worst ever outbreak of the Ebola virus will not be halted unless wealthy nations dispatch specialized biological disaster response teams to West Africa to stop its spread, the head of medical charity Medecins Sans Frontieres said on Tuesday.

"Six months into the worst Ebola epidemic in history, the world is losing the battle to contain it," MSF President Joanne Liu said in a speech to United Nations member states. She said aid charities and West African governments did not have the capacity to stem the outbreak and needed intervention by foreign states. The organization is known in the United States as Doctors Without Borders.

The United Nations and its World Health Organization have also appealed for more global help to stop the deadly disease.

Deputy U.N. Secretary-General Jan Eliasson said an international response with more involvement of U.N. member states may be needed, and referenced operations after the 2004 Indian Ocean tsunami and the Haiti earthquake in 2010.

"The way to deal with Ebola is well known; it's just a question of putting it into practice," Nabarro said. "The outbreak is advancing ahead of us, it's accelerating ahead, and we in our control efforts, collectively, are falling behind."

"Every country in the world needs to be thinking 'what can we do to help?' Because if we don't get on top of this outbreak as a global community then this could effect all of us in unexpected ways," he warned.

Governments and aid organizations are scrambling to contain the disease, which has killed more than 1,500 since early this year.

WHO director-general Margaret Chan said the outbreak was the largest, most severe and complex ever seen in the 40-year history of the disease.

"The outbreak will get worse before it gets better and it requires a well coordinated, big surge and huge scale up of outbreak response urgently," she told the U.N. briefing. "The whole world is responsible and accountable to bring the Ebola threat under control."

Frieden said on Tuesday that he expected the number of Ebola cases to accelerate in the next two weeks and urged governments to act now.

""We're likely to see significant increases in cases. Already we have widespread transmission Liberia. In Sierra Leone, we're seeing strong signs that that will happen in the near future," he said.

An American doctor working in Liberia has tested positive for the Ebola virus after working with obstetrics patients at a missionary hospital in Monrovia, the Christian organization SIM USA said on Tuesday.

The North Carolina-based group did not identify the doctor, who had not been treating the Ebola patients hospitalized in isolation on the missionary's sprawling campus.

It is not yet known how the physician contracted the often deadly virus, the organization said.

"The doctor is doing well and is in good spirits," SIM USA said in a statement.

Missionaries from SIM USA, based in Charlotte, have been on the front lines of the epidemic. Another of its U.S. aid workers, Nancy Writebol, contracted the virus in July, also while working in Liberia.

She went home two weeks ago after receiving care in an isolation unit at Emory University Hospital in Atlanta. She was also one of a few patients to receive an experimental treatment called ZMapp, although doctors at Emory said they could not determine whether it had helped her recovery. She has since been resting in an undisclosed location.

The U.S. doctor involved in the new Ebola case immediately isolated himself when symptoms began, according to a SIM USA news release.

He was later transferred to the Ebola isolation unit on the group's 136-acre (55-hectare) campus in Monrovia.

The missionary group could not immediately be reached to discuss the doctor's condition and plans for his medical treatment.

"My heart was deeply saddened, but my faith was not shaken, when I learned another of our missionary doctors contracted Ebola," said Bruce Johnson, president of SIM USA said in a statement.