The figures, through Nov. 16, represent a jump of 243 deaths and 732 cases since those issued last Friday, and cases continue to be under-reported, the WHO said in its latest update. 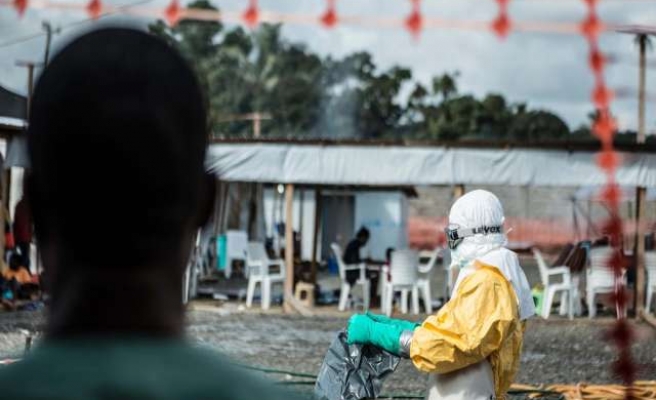 The toll in the Ebola epidemic has risen to 5,420 deaths out of 15,145 cases in eight countries, the World Health Organization (WHO) said on Wednesday, with transmission of the deadly virus still "intense and widespread" in Sierra Leone.

The figures, through Nov. 16, represent a jump of 243 deaths and 732 cases since those issued last Friday, and cases continue to be under-reported, the WHO said in its latest update.

Sierra Leone, a former British colony, confirmed 533 new cases in the week to Nov. 16, it said, accounting for much of the increase. It also reported 63 deaths since last Friday.

"Much of this was driven by intense transmission in the country's west and north," the WHO said.

The capital Freetown, which accounted for 168 new confirmed cases, and nearby Port Loko were particularly hard-hit.

A Cuban doctor infected with Ebola in Sierra Leone will be flown to Switzerland in the next 48 hours for hospitalisation in Geneva, Swiss health authorities said on Wednesday. He is the first Cuban known to have contracted the disease.

The outbreaks in Guinea and Liberia currently appear to be driven by intense transmission in several key districts, the WHO said, citing N'Zerekore and Macenta in Guinea and Montserrado in Liberia, which includes the capital Monrovia.

In the three most affected countries - Guinea, Liberia and Sierra Leone - 1,159 beds are now operational in 18 Ebola treatment centres, or one-quarter percent of beds planned, according to the U.N. agency. But only 13 percent of Ebola patients in Sierra Leone are in isolation, its figures show.

"As this number increases, so does the capacity to isolate patients and prevent further transmission of the disease."

Authorities in Mali have reported 6 Ebola cases including five deaths, the WHO said. All contacts of its first case, a two-year-old girl who died in October, have survived the 21-day incubation period.

The remaining cases have been in Nigeria, Senegal, Spain and the United States.

Liberian President Ellen Johnson Sirleaf said on Wednesday that her government has the upper hand in the fight against Ebola, but warned against complacency or any reduction in international support

WHO said that in Liberia, 80 probable cases were reported in the week to 15 November. "Nationally, on average, between 10 and 20 laboratory-confirmed cases are being reported each day."