The funds are expected to help the sub-region fight the Ebola virus, which has so far claimed about 500 lives, according to the World Health Organization (WHO). 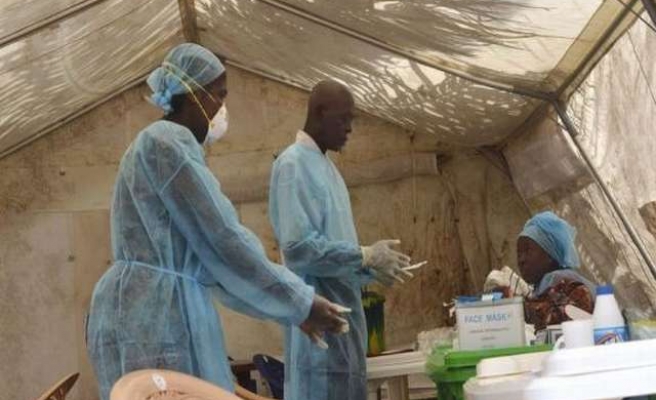 Leaders of the 15-member Economic Community of West African States (ECOWAS) on Thursday decided to set up a "Solidarity Fund" to fight against the Ebola virus outbreak in sub-region.

"The Authority directs the Commission (of ECOWAS), in liaison with the West African Health Organization (WAHO), to adopt a regional approach towards containing and managing the Ebola outbreak," the bloc said in a final communiqué at the conclusion of a one-day summit of the ECOWAS leaders.

The funds are expected to help the sub-region fight the Ebola virus.

Ebola continues to spread in Sierra Leone, Liberia and to a lesser extent in Guinea, with a combined 44 new cases and 21 deaths between July 6-8, the World Health Organization (WHO) said on Friday.

This brought the total in West Africa's first outbreak of the deadly viral disease to 888 cases including 539 deaths since February, the United Nations agency said.

"The epidemic trend in Liberia and Sierra Leone remains precarious with high numbers of new cases and deaths being reported," the WHO said.

Just one confirmed new case had been reported during the past week in Guinea, where the WHO said it was closely monitoring the situation. There has been resistance among some communities to measures recommended to control the outbreak, such as precautions during traditional burial ceremonies.

Ebola, a contagious disease for which there is no known treatment or cure, is responsible for the death of hundreds.

The tropical fever, which first appeared in 1976 in Sudan and the Democratic Republic of Congo, can be transmitted to humans from wild animals and also spreads through human-to-human transmission.

The summit was originally scheduled to be held for two days but ECOWAS leaders decided to shorten it to one day.

The regional bloc, founded in 1975, seeks to promote economic, social and cultural integration among its 15 member states.

The ECOWAS leaders also approved the abolition of residence permits and the introduction of Biometric IDs for citizens in the region.

They, however, charged the regional security ministers to review all the security implications of the measure prior to the signing of the Act.

"While we try to make it easier for people to move across the sub-region, you also make it easier for evil-minded people and criminals to also move around freely and so it is necessary to appraise and see how we can share intelligence and have a better cooperation amongst our security network in order that this well intentioned protocol is not abused," Ghanaian President John Mahama of Ghana said.

"There were three countries that expressed reservations and so we endorsed it in principle but we asked that a security appraisal be done," he said.

"The reservations by the three countries was based on security issues and it mainly raised the fact that with the current state of terrorism and also organized crime, drug trafficking and all that, what would the effect be for that kind of free movement within the sub-region," Mahama said.

The abolition of residence permits means all citizens can reside in any ECOWAS member country without a permit.

Currently, West African citizens are allowed to travel to any member state without a visa and stay for not more than 90 days.

"The Authority encourages the member states to sustain these efforts to boost the regional economic performance and consolidate the common market," the final communiqué said.