El Nino could strike as early as summer -U.S. forecaster

The CPC's latest outlook brings the forecaster in line with other global meteorologists that have raised their outlook for El Nino's potential return this year. 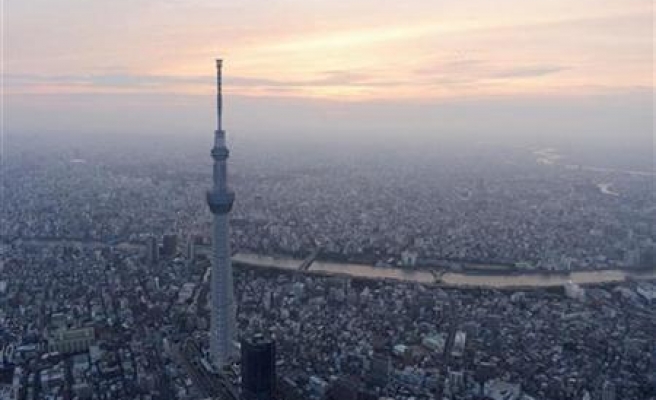 The much-feared El Nino phenomenon, the warming of sea surface temperatures in the Pacific which can trigger drought in Southeast Asia and Australia and floods in South America, could strike as early as the Northern Hemisphere summer, the U.S. weather forecaster warned on Thursday.

In its strongest prediction in almost 18 months that El Nino could return, the Climate Prediction Center (CPC) said in its monthly report that neutral El Nino conditions will likely continue through the spring, but there was about a 50 percent chance of the weather pattern developing during the summer or autumn.

The CPC's latest outlook brings the forecaster in line with other global meteorologists that have raised their outlook for El Nino's potential return this year.

The CPC switched its status to El Nino watch for the first time since October 2012.

Drought triggered in Southeast Asia and Australia by El Nino can be particularly devastating because those regions produce some of the world's major food staples, such as sugar cane and grains.

The last time El Nino ripped across the globe was in the summer of 2009, lowering temperatures in the Northern Hemisphere, said Phillip Vida, meteorologist at U.S.-based weather forecaster MDA Weather Services.

A more severe occurrence was in 1998 when freak weather killed more than 2,000 people and caused billions of dollars in damage to crops, infrastructure and mines in Australia and other parts of Asia.

"It's less favorable in Southeast Asia and into India," said Kyle Tapley, agricultural meteorologist at MDA.

"Generally, it's more favorable for crops in the United States, as it favors a cooler weather pattern across the major corn and soybean areas."

The outlook will increase uncertainty in global commodity and energy markets, with coffee, cocoa and natural gas prices roiled by an extended period of extreme weather.

Brazil is suffering its worst drought in decades, the polar vortex has frozen much of the U.S. East Coast, and extreme floods have submerged parts of Britain in recent months.

"A lot of commodities prices are already high. Toss El Nino or La Nina into it, things will get that much crazier down the road," said Jack Scoville, a vice president for Price Futures Group in Chicago.

The forecast will also be closely watched by the U.S. crude oil industry as El Nino reduces the chances of storms in the Gulf of Mexico that could topple platforms and rigs during the Atlantic hurricane season that starts on June 1.