Many elderly people suffer slight cognitive problems but men are more likely than women to suffer momentary memory lapse or senior moments, according to a U.S. study. 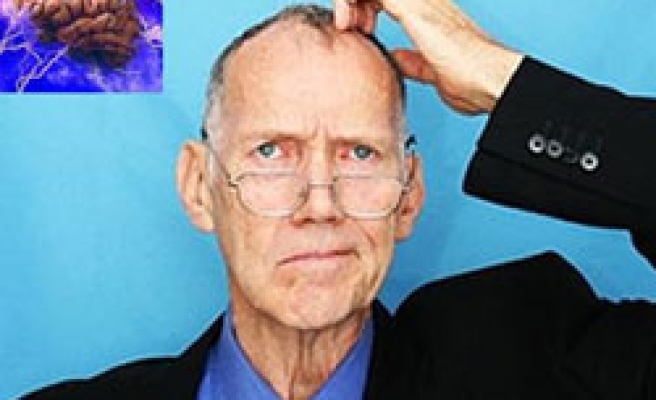 Researchers from the Mayo Alzheimer's Disease Research Center in Rochester, Minnesota, found 19 percent of men aged 70 to 89 years had so-called mild cognitive impairment, compared to only 14 percent of women.

Researcher Dr. Ronald Petersn said the findings were surprising because Alzheimer's disease, which is preceded by this type of mental decline, affects more women than men.

Even after accounting for differences in education, age, and diseases like diabetes and hypertension, men had about 50 percent higher odds than women of having mild cognitive impairment.

"The gender differences were somewhat surprising to us because most people believe that women are at higher risk than men," Petersen told Reuters Health.

He said not everyone with mild cognitive impairment develops dementia but some people do which makes it a risk factor for Alzheimer's disease.

An estimated 15 percent of people with mild cognitive impairment end up with full-blown dementia each year. In the general population, that number is between one and two percent.

About a quarter of the seniors had cognitive problems beyond the signs of normal aging, including Alzheimer's.

Mild impairment became more common with older age but it also turned out that the more education people had under their belt, the less likely they were to have cognitive problems.

Petersen said it was unclear how to explain the finding.

The researchers speculated that perhaps men get memory problems earlier in life, but then decline more slowly than women. In other words, the reason more men have mild cognitive impairment might be that more women are skipping that stage and going directly to dementia.

While there aren't any drugs available to treat mild cognitive impairment, Petersen said lifestyle changes could have a positive effect.

He recommended reading and going to the movies, as well as keeping up with friends and family, eating healthy foods and being physically active.

"There are more and more data coming out indicating that some of these lifestyle modifications may work," he said.