Europe's tuberculosis hub Britain seeks to wipe out the disease 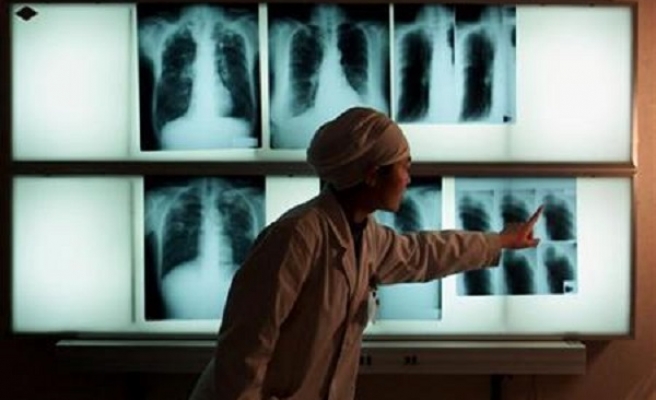 Britain has one of the highest TB rates in western Europe and London is known as the continent's "TB capital".

TB rates in the United Kingdom are nearly five times those in the United States. If current trends continue, England alone will have more TB cases than the whole of the U.S. in two years.

"TB should be consigned to the past, and yet it is occurring in England at higher rates than most of Western Europe," said Paul Cosford, a director at the government's health agency, Public Health England (PHE). "This situation must be reversed."

Often thought of as a disease of the past, when it was dubbed "the white plague" for rendering its victims pale and feverish, TB has stubbornly persisted in Britain. It occurs mainly in areas of poverty and deprivation.

The bacterial disease is hard to treat and contagious, passing on via the coughs and sneezes of an infected person.

In 2013, 7,290 TB cases were reported in England, an incidence of 13.5 cases per 100,000 of the population. TB cases are concentrated in urban "hot spots" in London, Leicester, Birmingham, Luton, Manchester and Coventry.

PHE officials say TB clinics in London manage more cases a year than those in all other western European capitals together.

Drug resistant TB is also an increasing problem, with cases of multi-drug resistant (MDR) TB rising from 28 cases in England in 2000, to 68 in 2013.

PHE's plan is to work with the National Health Service (NHS)to target the most vulnerable people, improving access to screening, testing and treatment services as well as outreach programmes such as "Find and Treat" mobile health units.

Bruce Keogh, NHS England's medical director, said the NHS would focus its 10 million pounds contribution on screening and treatment. "Our goal is to eliminate TB as a public health problem," he said.