The number of human cases has risen sharply in recent weeks in Saudi Arabia, piling pressure on the government to be seen to be taking action to protect its people. 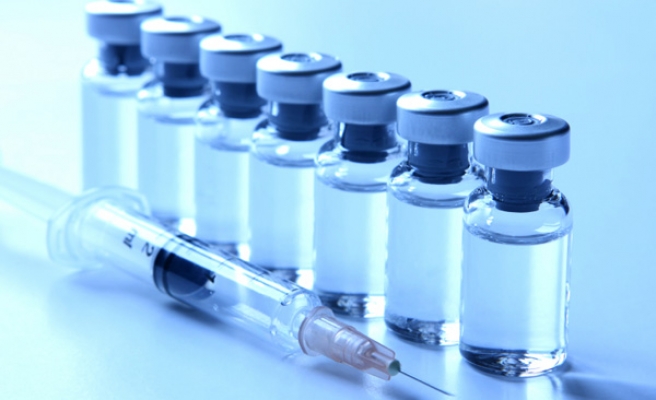 Official talk in Saudi Arabia of racing to develop a vaccine against a deadly new virus may be a way to reassure a fearful population, but it is scientifically wide of the mark and makes little sense in public health terms.

Experts in virology say the biochemical know-how is there to create a vaccine against Middle East Respiratory Syndrome, or MERS, but question why authorities would want to spend millions immunising an entire population against a disease that has affected only a few hundred people.

Far better for public health, they say, would be to pin down the source of the infection - likely to be among animals, possibly camels or bats - and devise a strategy to halt the virus there.

"There are enormous problems with the idea of a MERS vaccine," said Ian Jones, a virologist at Britain's Reading University who has been following the outbreak from the start.

"I can see it works as an appeasement - that they want to say they can make it - and biochemically of course they could, but practically it doesn't make any sense."

MERS first emerged in April 2012 and has caused more than 250 human infections, including 93 deaths, across the Middle East as well as in Europe, Asia and North Africa.

The infection can cause coughing, fever and pneumonia, which can be fatal. So far, its death rate is around 30 percent.

The number of human cases has risen sharply in recent weeks in Saudi Arabia, piling pressure on the government to be seen to be taking action to protect its people. Of the 91 new cases announced in the kingdom in so far April, 73 have been in Jeddah. Many of those infected were healthcare workers.

A Saudi Health Ministry spokesman was not immediately available for comment on Friday, but the local surge is fuelling rumour and mistrust, and has made people jittery.

Sales of face masks and hand sanitising gels have soared, and some people are expressing concern about going to hospitals or attending funerals.

A spokesman for the World Health Organisation in Geneva said on Friday it was "concerned" about the rising MERS numbers in Saudi Arabia. "This just highlights the need to learn more about the virus, about the transmission, and about the route of infection," he said.

Amid heightened anxieties, Saudi authorities say they have invited five leading international vaccine makers to collaborate with them in developing a MERS vaccine.

Giving no names or details, they said the companies were from North America and Europe and some would visit soon to discuss how to go about developing an affordable MERS shot.

But with worldwide cases of the respiratory infection still only in the hundreds, and deaths not yet into three figures, scientists are sceptical about why Saudi officials would want to focus on a vaccine - except for political reasons.

"I question whether there would really be any interest from vaccine companies to develop a human vaccine at this stage," said Bart Haagmans, a virus expert at the Erasmus Medical Centre in Rotterdam in the Netherlands.

"That's what we know already from many other viral infections where there are only a very limited number of people affected. It's common sense and general knowledge, I'd say."

CAMELS IN THE FRAME

Researchers around the world have been working hard to investigate the MERS virus since it first emerged in 2012.

Known as a coronavirus for the crown-like shape it has when viewed under a microscope, it belongs to the same family as the virus that caused a deadly outbreak of Severe Acute Respiratory Syndrome, or SARS, in 2003.

Scientists first linked it to bats and research has found that infections with the virus, or signs of it having been present, are widespread in dromedary camels in the Middle East.

Noting that "all the evidence at the moment points to camels" as the likely source of human infections, Haagmans agreed with Ian Lipkin, director of the Center for Infection and Immunity at Columbia University in the United States, in saying that developing a MERS vaccine for possible veterinary use might be a more effective long-term strategy to control human cases.

As a public health measure, trying to limit the spread from animals - possibly camels in this case - would be a sensible approach, he said.

With veterinary vaccines, the bar for testing and trialling a potential product is far lower than for humans - where full clinical trials taking several years would be needed before a product is passed as safe and effective and licensed for market.

And with the MERS virus apparently common in camels, the risk-benefit analysis of mass immunisation would stack up far more favourably towards protecting large numbers of animals from something they really are at risk of contracting.

Yet the question as to why Saudi authorities are apparently avoiding talk of controlling the disease in camels is confusing some experts, when it appears that tackling the disease at its animal source, or even protecting animals, might be best.

Lipkin is concerned the animals' reputation in the kingdom - where they carry high cultural and monetary value, are they are respected in sport and admired for their beauty, as well as used to provide meat and milk, may be clouding Saudi judgment.

If people begin to associate camels strongly with a dangerous and deadly virus, he said, their reputation as objects of beauty and value may be tarnished.

"Remember the hue and cry (among dog-loving Westerners) when people started killing dogs in Egypt because of fears about rabies? Well, in Saudi Arabia people feel similarly about their camels."