The WHO is urging governments to do more to try to prevent obesity happening in the first place, rather than risking the high human and economic costs when it does. 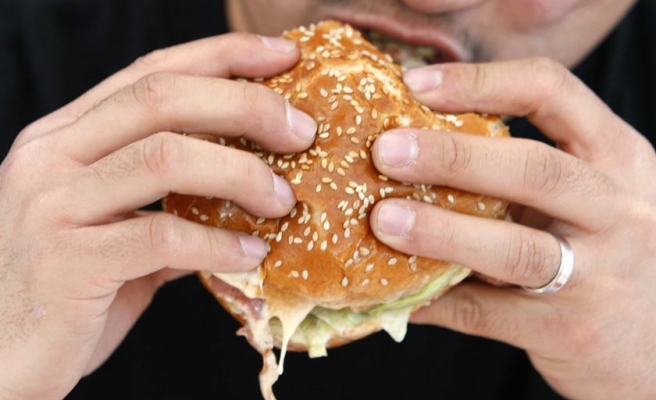 Governments could slow or even reverse the growing obesity epidemic if they introduced more regulation into the global market for fast foods such as burgers, chips and fizzy drinks, researchers said on Monday.

A study published in the Bulletin of the World Health Organisation (WHO) suggested that if governments took firmer action, they could start to prevent people becoming overweight and obese - conditions with serious long-term consequences such as diabetes, heart diseases and cancer.

"Unless governments take steps to regulate their economies, the invisible hand of the market will continue to promote obesity worldwide with disastrous consequences for future public health and economic productivity," said Roberto De Vogli of the University of California, Davis, in the United States, who led the study.

The WHO is urging governments to do more to try to prevent obesity happening in the first place, rather than risking the high human and economic costs when it does.

Suggested policies include economic incentives for growers to sell healthy, fresh foods; disincentives for industries to sell ultra-processed foods and soft drinks; cutting subsidies to growers and companies who use large amounts of fertilisers, pesticides, chemicals and antibiotics; and tighter regulation of fast-food advertising, especially to children.

The research analysed the effect on obesity of deregulation in the economy over time, including in the agriculture and food sectors, and the resulting increase in so-called "fast food transactions" - in other words, the number of times people bought fast food.

The researchers compared the number of fast food transactions with body mass index (BMI) in 25 high-income countries between 1999 and 2008.

Vogli said that, while the research was based on data from wealthy countries, its findings were also relevant to developing countries.

"Virtually all nations have undergone a process of market deregulation and globalisation - especially in the last three decades," he said.

The average number of fast food transactions per person increased in all 25 countries. The sharpest gains were in Canada, Australia, Ireland and New Zealand, while the lowest were in countries with more stringent market regulation - such as Italy, the Netherlands, Greece and Belgium.

Francesco Branca, director of the WHO's Department of Nutrition for Health and Development, said the findings showed how important public policies were in addressing obesity.

"Policies targeting food and nutrition are needed across several sectors including agriculture, industry, health, social welfare and education," he said.