Fat to blame for half a million cancers a year -WHO

In Europe, obesity is to blame for around 6.5 percent of all new cancers a year, or around 65,000 cases 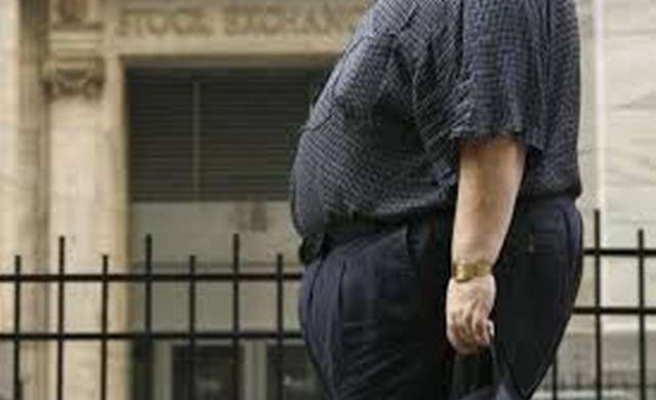 Some half a million cases of cancer a year are due to people being overweight or obese, and the problem is particularly acute in North America, the World Health Organization's cancer research agency said on Wednesday.

In a study published in the journal The Lancet Oncology, the WHO's International Agency for Research on Cancer (IARC) said high body mass index (BMI) has now become a major cancer risk factor, responsible for some 3.6 percent, or 481,000, of new cancer cases in 2012.

"The number of cancers linked to obesity and overweight is expected to rise globally along with economic development," said Christopher Wild, IARC's director.

He said the findings underlined the importance of helping people maintain a healthy weight to reduce their risk of developing a wide range of cancers, and of helping developing countries avoid the problems currently faced by wealthier ones.

The IARC study found that, for now, North America has by far the worst cancer problem linked to weight, with some 111,000 obesity-related cancers diagnosed in 2012, accounting for 23 percent of global cancer cases linked to high BMI.

In Europe, obesity is to blame for around 6.5 percent of all new cancers a year, or around 65,000 cases.

While in most Asian countries the proportion of fat-related cancers is smaller, it still translates into tens of thousands of cases because populations are so large, IARC said.

In China, for example, about 50,000 cancer cases are associated with being too fat, accounting for 1.6 percent of new cancer cases.

In Africa, on the other hand, obesity is to blame for only 1.5 percent of cancers.

Having a high BMI -- a person's weight in kilograms divided by the square of their height in metres -- increases the risk of developing cancers of the oesophagus, colon, rectum, kidney, pancreas, gallbladder, postmenopausal breast, ovary and endometrium. A BMI score of 25 or more is classed as overweight, while 30 or more is obese.

Melina Arnold, who co-led the IARC study, noted that women are disproportionately affected by obesity-related cancers.

For postmenopausal breast cancer, for example - the most common women's cancer worldwide - the findings suggest that 10 percent of cases could be prevented by not being overweight.