FDA questions use of aspirin to prevent first heart attack

The U.S. Food and Drug Administration on Monday questioned the value of taking aspirin to try to ward off a first heart attack or stroke in people who have never had cardiovascular problems. 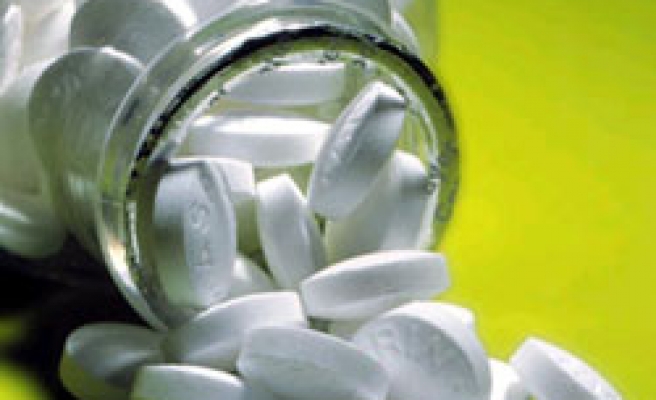 The U.S. Food and Drug Administration on Monday questioned the value of taking aspirin to try to ward off a first heart attack or stroke in people who have never had cardiovascular problems.

The FDA's statement follows its decision last week to turn down a request by German drugmaker Bayer AG to change the labeling on packages in order to market aspirin's value in preventing heart attacks in people who have never had cardiovascular disease.

Dr. Robert Temple, the agency's deputy director for clinical science, said in an FDA "consumer update" that people should use daily aspirin therapy only after talking to a healthcare professional who can assess the benefits and risks.

Such aspirin therapy reduces the clumping action of the blood's clotting cells, called platelets, and may prevent a heart attack, according to experts. But experts also warn that there may be serious side effects from daily use of aspirin, including internal bleeding.

"Since the 1990s, clinical data have shown that in people who have experienced a heart attack, stroke or who have a disease of the blood vessels in the heart, a daily low dose of aspirin can help prevent a re-occurrence," Temple said in a statement on the FDA website.

But the agency added that "after carefully examining scientific data from major studies, FDA has concluded that the data do not support the use of aspirin as a preventive medication by people who have not had a heart attack, stroke or cardiovascular problems, a use that is called 'primary prevention.'"

The FDA said that in these people "the benefit has not been established but risks - such as dangerous bleeding into the brain or stomach - are still present."

Some health organizations back daily aspirin therapy for people identified as having a high risk of suffering a heart attack. The American Heart Association recommends that "people at high risk of heart attack should take a daily low dose of aspirin if told to by their healthcare provider, and that heart attack survivors regularly take low-dose aspirin."

Dr. Gregg Fonarow, a UCLA cardiologist and a representative for the American Heart Association, said the FDA has further clarified its position on whether it meets regulatory standards to allow a label for aspirin for primary prevention of heart attack and stroke.

Fonarow added that there is the potential for confusion among the general public after the FDA statement.

"The terms that we talk about - even what is the difference between primary and secondary prevention - may be lost on the individual patient," Fonarow said in a telephone interview.

"And I think it's really important that before anybody initiates an aspirin regimen - and most critically before any individual considers discontinuing their aspirin regimen - that they speak specifically to their physician who knows their medical history and can help them make a better informed decision about balancing potential risks and benefits," he said.

Bayer said in a statement provided by company spokesman Chris Loder that "it is important that patients understand that today's ruling does not impact the numerous cardiovascular indications for which aspirin is already approved" by the FDA.