FDA widens use of Roche eye drug for diabetics

U.S. drug regulators gave the nod to a wider use for Roche Holding AG's eye drug Lucentis, approving it for diabetic patients with a vision-robbing eye condition 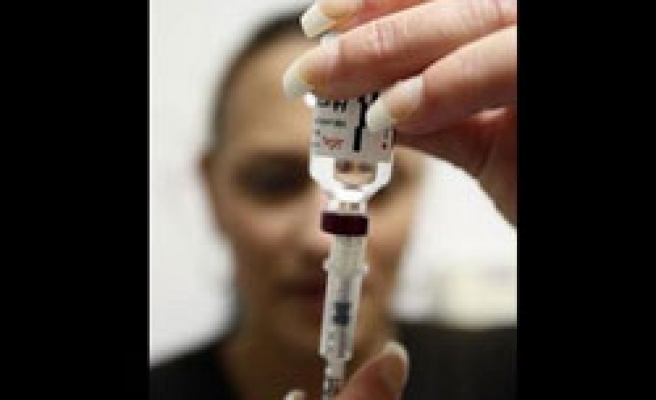 U.S. drug regulators gave the nod to a wider use for Roche Holding AG's eye drug Lucentis, approving it for diabetic patients with a vision-robbing eye condition.

Lucentis, made by Roche unit Genentech, is already prescribed for two other eye ailments.

The U.S. Food and Drug Administration's approval makes it available for people with diabetic macular edema, or DME, the most common cause of blindness in people of working age.

The once-monthly injection is now the only FDA-approved drug specifically targeted at DME. But a highly promising candidate from Regeneron Pharmaceuticals Inc may be not too far behind.

DME is a swelling of the retina that occurs in diabetics who suffer from retinopathy, the most common eye disease for people with diabetes. In people affected by DME, damaged blood vessels leak fluid into the retina. This causes blurred vision and severe vision loss.

In 2010, about 3.9 million adults diagnosed with diabetes reported trouble with their vision, the FDA said.

Insulin, which helps people with diabetes control their blood sugar, is also approved for DME, the FDA said, as better-controlled diabetes reduces the likelihood of vision loss.

In clinical trials, Lucentis helped people see at least 15 extra letters on an eye chart. People were also generally able to sustain the vision improvement for at least 24 months. But they have to continue taking the drug to maintain the benefits.

"Today's approval represents a major development for the treatment of people whose vision is impaired by DME," said Dr. Renata Albrecht, director of the FDA's ophthalmology products division.

The FDA approved only the 0.3 mg dose of Lucentis, saying a higher dose that was tested showed no extra benefit in vision.

Lucentis is also approved for wet age-related macular degeneration - the leading cause of blindness among the elderly - and for macular edema following retinal vein occlusion (RVO), a swelling or thickening of the part of the retina responsible for central vision.

For macular degeneration, Lucentis has long competed with Regeneron's drug Eylea as well as with Roche's own cancer drug Avastin, which works in a similar manner but for a fraction of the price.

Avastin is not approved for eye disease. But some doctors have cut the cancer treatment into the small doses needed for an eye injection, which costs only about $50.

However, doctors may be more hesitant to use Avastin for patients with diabetes, said Dr. David Brown, a lead investigator for the Lucentis DME trial, and an associate clinical professor at the Methodist Hospital in Houston.

"The sense in the retina community, for whatever reason, is that Avastin doesn't seem to work as well as Lucentis in DME," Brown said.

Roche unit Genentech has also cautioned that Avastin increased the risk of stroke and heart attack in cancer trials, and noted that diabetics are already at much higher risk for serious heart problems.

Alfonso Calvo Rodriguez of Port Isabel, Texas, has had diabetes for about 13 years. He was diagnosed with DME in 2008. Soon, his eyesight made it difficult to drive.

"I would drive with my binoculars next to me, so I could look at the signs or names of streets," he said.

Rodriguez, 57, was forced to have laser surgery to remove blood from his eyes after hemorrhages. His doctor recommended that he enroll in the Lucentis clinical trial at the Methodist Hospital in Houston.

He has been getting monthly injections of the drug for over three years, and said he now needs only glasses to drive.

"I can do just about anything," he said. "I can read. I can work on my computer. I can drive perfectly fine and see the signs on the streets. I'm sure I'd be blind if I didn't have the injections."

Common side effects included eye pain, increased pressure inside the eye, and bleeding of the conjunctiva, the tissue that lines the inside of the eyelids and covers the white part of the eye.