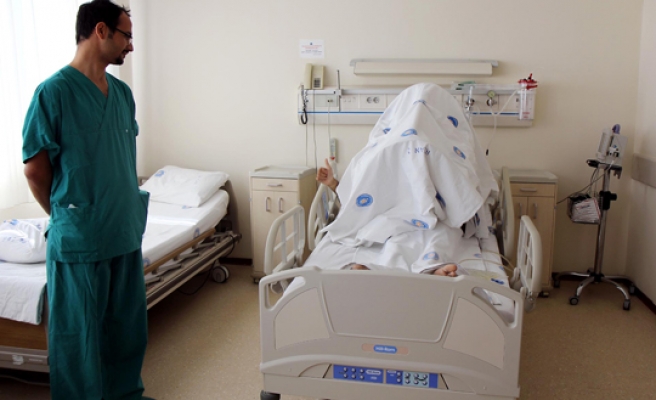 The first photos and footage of Recep Sert, Turkey's 5th face transplant patient, taken as he was transferred to normal service after being taken out of the intensive care unit have been made public on Monday.

As seen in the photos released by the Akdeniz University Hospital in Antalya, he was covered with a sheet as he was being taken to normal service out of the intensive care unit following an 11 day-treatment.

The face of Recep Sert who was on the stretcher in the photos was also pixelated.

In the footage, Prof Omer Ozkan, the surgeon performing Turkey's 5th face transplantation operation, is doing the first medical examinations of the patient in the normal service.

As the hospital officials explained, the face of Sert was covered to prevent photo shootage in the corridor of the hospital.