The first U.S. MERS patient is off supplemental oxygen and walking around his hospital room in Munster, Indiana, 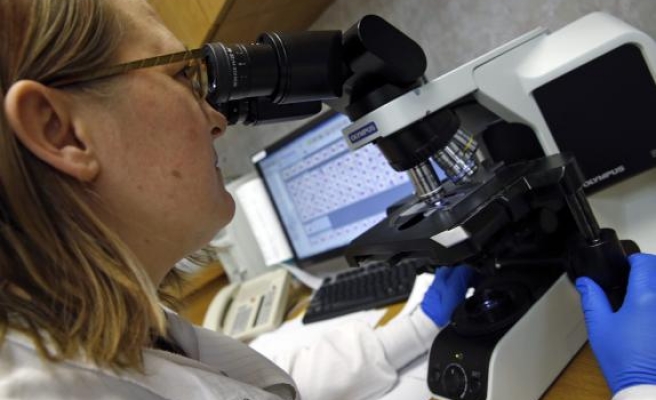 The first U.S. patient to test positive for the often deadly MERS virus is off supplemental oxygen and walking around his hospital room in Munster, Indiana, as health officials begin planning the man's release, state and federal authorities said on Monday.
Up to 50 hospital workers, as well as family members and close contacts of the patient who were monitored for signs of the virus have tested negative for Middle East Respiratory Syndrome.
"Every person who had contact with the index (infected) patient has been tested, and they all have tested negative," Dr Alan Kumar, chief medical information officer of Community Hospital in Munster, where the patient is being treated, told a news conference on Monday.
The U.S. Centers for Disease Control and Prevention confirmed on Friday that it had identified the first MERS case in the country, raising new concerns about the global spread of an illness with a high fatality rate and no known treatment.
The patient is a healthcare worker employed in Saudi Arabia, where the virus was first detected in 2012, who had come to Indiana to visit family. Saudi officials on Monday said the toll from a recent outbreak was still rising, with 18 new cases in the capital city of Riyadh, where the U.S. patient works.
All of the Indiana hospital employees and the patient's family members will be retested at the end of a 14-day incubation period for final confirmation they are free from MERS.
"We're being very vigilant to follow these contacts and continue to do testing on them," said Dr Daniel Feikin, a medical epidemiologist from the CDC. Feikin is overseeing the patient's care and helping track down anyone who might have had contact with him during his journey to the United States.
Since the virus first emerged, as many as 414 people have been infected with MERS, and more than a quarter have died, according to the Saudi health ministry.
According to Feikin, the Riyadh hospital where the Indiana patient works is treating MERS patients, but he was not aware of being exposed to anyone with the virus.
So far, the CDC has contacted three-fourths of the people who were in close contact with the MERS patient as he flew from Riyadh to London, and then to Chicago, before boarding a bus to Indiana. That list includes about 100 airline travelers and some 10 bus passengers.
IN THE SHADOW OF SARS
The outbreak of an entirely new virus is worrisome because it is a coronavirus, a family of viruses that includes Severe Acute Respiratory Syndrome or SARS, which emerged in China in 2002-2003 and killed some 800 people.
During the SARS epidemic, a traveler from Hong Kong to Toronto caused an outbreak among hospital personnel that ultimately infected 257 individuals and killed 33 people.
When the patient in Indiana showed up with flu-like symptoms, including a fever, cough and shortness of breath, the hospital staff quickly moved him to one of its emergency department isolation rooms to prevent the spread of infection.
"The patient was always in a private room," Kumar told reporters at the briefing.
In an interview, he said the hospital used video surveillance cameras and information from RFID tracking tags - worn routinely by hospital personnel - to identify the healthcare workers who came in contact with the patient before he was placed in the isolation room.
That RFID technology, which is used to track employee movements and make sure they respond quickly to patients, allowed the hospital to record how much contact each employee had with the patient down to the minute.
Kumar said that data is giving the CDC unprecedented ability to study how much exposure to an infected individual it takes before the virus can be transmitted.
In the SARS outbreak, for example, Kumar said that exposure time was about 10 minutes before a person was at risk.
So far, there have only been about 10 cases in which a traveler has developed MERS outside of the Arabian peninsula, but Feikin said it is possible that another case could turn up in the United States.
"If this virus continues to infect people in the Middle East, it would not be surprising to have an importation at some point somewhere," he said.
Meanwhile, the presence of the virus in a patient in the United States affords the CDC the opportunity to study it and work on treatments.
Scientists are not yet sure how the MERS virus is transmitted to people, but it has been found in bats and camels, and many experts say camels are the most likely animal reservoir from which humans become infected.
"Obviously, this is our first chance to get an up close and personal look at this virus," Feiken said in an interview.
Last Mod: 06 Mayıs 2014, 09:23
Add Comment