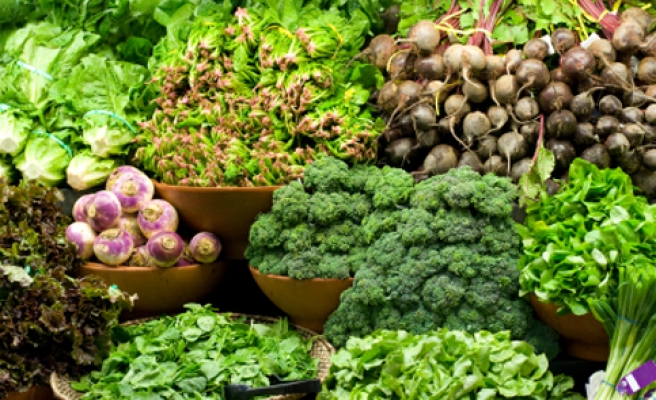 People who eat plenty of folate had a lower risk of colon and rectal cancers in a new study that examined the effects of folic acid fortification in the United States.In addition, the study did not find any extra cancer-related danger at very high levels of folate -- as some researchers have worried -- over close to a decade.

The benefit and possible harm of folate is "definitely still an open question," said study author Todd Gibson, from the National Cancer Institute in Rockville, Maryland. But, he said, "there seems to be an association between people who report higher folate with those people who have a lower risk of colorectal cancer."

In the late 1990s, the U.S. and Canadian governments began requiring that folic acid (a synthetic form of folate) be added to grain products in order to prevent some birth defects that had been linked to low folate levels in pregnant women.

While previous studies have generally suggested that a diet rich in folate decreases the risk of colorectal cancer as well, most of those were done before fortification started, Gibson said. To see if the government mandate affected that link, the researchers used data from a diet survey started in 1995 that included more than 500,000 middle-aged and older U.S. adults.

At the start of the study, participants filled out a questionnaire about their normal eating habits and any supplements they took regularly. From that, the researchers were able to calculate how much folate they got on a typical day before and after fortification started.

For the next ten years or so, they tracked cancer registries to see which participants were diagnosed with colorectal cancer. They found a total of about 7,200 cases in their original sample, including about 6,500 that were diagnosed after the start of the fortification program.

People who ate the highest amount of folate each day (at least 900 micrograms post-fortification) were 30 percent less likely to get colorectal cancer than those who got less than 200 micrograms each day, the researchers reported in the American Journal of Clinical Nutrition.

That was after taking into account weight, smoking, physical activity, and certain other aspects of diet. Still, Gibson said that the findings can't prove that increased folate drove the cancer benefits, because "people who report high levels of folate tend to be healthy in other ways," possibly including some the researchers didn't record.

The recommended daily allowance for folate is 400 micrograms for most adults and 600 micrograms for pregnant women. Along with fortified cereals and other grains, vegetables and beans are good sources of folate, a type of B vitamin.

As a result of fortification, the average person's folate intake through foods increased by about 100 micrograms.

Gibson's study did not find any upticks in cancer rates at folate levels far above that recommended daily allowance.

Concern over the possibility that too much folate could raise cancer risk had mostly come from studies in animals, said Dr. Young-In Kim, a nutrition and cancer researcher from the University of Toronto.

Those studies suggested that "in normal tissues, giving folate or folic acid can ensure DNA replicates and cells are grown properly," he explained. "But once cells are pre-cancerous, giving folate can increase the progression of these cancer cells."

In other words, it's possible that if someone already had cell changes that are precursors of colorectal cancer, too much folate could make the cancer grow faster.

The current findings, he told Reuters Health, are "reassuring" that fortifying grains with folate did not seem to lead to a spike in colorectal cancers. However, Kim added, "there's still a concern that those taking really high levels of folic acid (in supplements) may be detrimental."

Gibson agreed that the new report doesn't close the door on that possibility, especially because some cancers take many years to develop. More studies will have to look at the risk of colorectal cancer over longer periods of time, he said. But, so far "we don't see any evidence of increased risk," he added.

To be safe, Kim said that people who do have colon cancer should not take extra folate, and that others shouldn't see any need to overdo it.

"If people take 400 micrograms a day, I think that's going to be sufficient to meet your health benefits from folate," he said.

Based on the current study, "people don't need to change their current activities" with respect to folate, Gibson said. "Most people are getting what is considered the adequate amount."