The United States' plan to cut emissions from power plants by 30 percent by 2030 prompted the European Union into a defence of its own record. 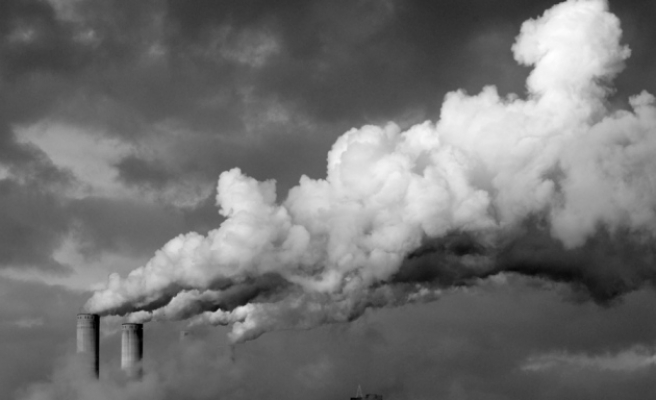 The world's leading industrialised nations gave their backing on Thursday to a new global deal on climate change in 2015 after promises from the United States at the start of the week galvanised flagging momentum.

The United States' plan to cut emissions from power plants by 30 percent by 2030 prompted the European Union into a defence of its own record.

China, the world's biggest emitter of greenhouse gases, also gave a hint that it would set some kind of cap on its emissions.

In a communique after summit talks in Brussels, the G7 leaders affirmed their "strong determination" to adopt a new global deal in 2015 that is "ambitious, inclusive and reflects changing global circumstances".

It said the G7 nations - Britain, Canada, France, Germany, Italy, Japan and the United States - remained committed to low-carbon economies and limiting temperature rises to 2 degrees Celsius above pre-industrial levels, the limit scientists say can prevent the most devastating effects of climate change.

The communique also committed nations to announcing national contributions to reducing emissions by the first quarter of next year, ahead of a Paris conference on deciding a global deal in December 2015.

At the same time, the G7 offered the EU support with its efforts to make its energy supplies more secure, promising to "complement the efforts of the European Commission to develop emergency energy plans for winter 2014-2015".

In Europe, the quest for energy security in the face of threats from Russia that it could disrupt supplies of gas pumped through Ukraine, has knocked the climate debate down the agenda.

But Commission President Jose Manuel Barroso, in an address at the start of the G7 summit, said the issues went "hand in hand".

Many EU nations say domestic, renewable sources, such as solar and wind, can reduce the need for fossil fuel imports from nations such as Russia, while Poland, which relies on polluting coal, says coal is a reliable, domestic fuel source.

Of the G7 nations, Japan and Canada have pulled out of the Kyoto process on tackling climate change. The United States signed but did not ratify the original treaty.

Republicans in Congress are expected to resist the latest U.S. proposals, but just the proposed policies could encourage action elsewhere.

"I think it puts the United States in a strong position to lift up the need for international action heading into next year on concrete plans to reduce emissions," Ben Rhodes, deputy national security advisor, told reporters.

"There's more work to be done for sure, both domestically and with other international partners. The key principle here is that every nation is going to have to step up to the plate in its own way."

Connie Hedegaard, the EU climate commissioner, said the EU was still in the vanguard and would "substantially over-achieve" its targets for cutting greenhouse gas emissions by 2020, delivering more than its promised 20 percent cut versus 1990 levels.

"None of them wants to be perceived as the laggard, which is a good thing," Alden Meyer, of the Union of Concerned Scientists, said on the sidelines of preparatory talks for the 2015 deal in Bonn this week.

Following on from its 2020 goal, the EU is trying to reach agreement on 2030 targets.

In January, the EU executive put forward the idea of a 40 percent emissions cut by 2030 and in March EU leaders gave themselves until October to agree on the target.