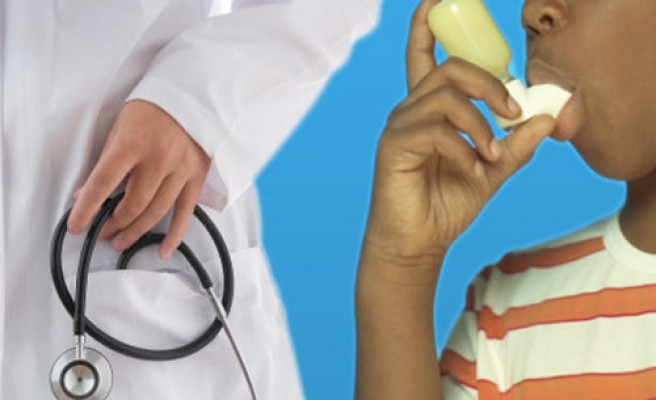 U.S. researchers have discovered a genetic mutation unique to African Americans that could help explain why blacks are so susceptible to asthma.

Prior studies looking for asthma genes have turned up several, but most of the studies have been too small to confirm these genes or to detect genetic changes unique to different races.

It confirmed four genes that had been seen in previous studies and a fifth that shows up only in people of African descent.

"This is the first discovery of a gene where we see a signal in African Americans only," Dan Nicolae of the University of Chicago, a study author and co-chair of a national research consortium called EVE that identified the gene, said in a telephone interview.

"The rates of asthma in different ethnic groups are different. African Americans have shown increasing asthma rates. We don't know why. It can be due to changing environmental risk factors," Nicolae said.

But, he said, the new findings suggest genetics also play a significant role.

"Understanding these genetic links is an important first step toward our goal of relieving the increased burden of asthma in this population," said Dr. Susan Shurin, acting director of the National Heart, Lung, and Blood Institute, one of the National Institutes of Health, which co-funded the study.

The group also received a major grant from the American Recovery and Reinvestment Act of 2009.

Asthma affects more than 300 million people globally, but effects vary widely. According to the researchers, U.S. asthma rates in 2001 to 2003 ranged from 7.7 percent among European Americans to 12.5 percent among African Americans.

Carole Ober of the University of Chicago, who co-leads the EVE consortium, said the findings confirm the significance of four genes identified in a large European asthma genetics study published last year called GABRIEL, offering strong evidence that these genes are important across ethnic groups.

This new variant, located in a gene called PYHIN1, is part of a family of genes linked with the body's response to viral infections, Ober said.

"We were very excited when we realized it doesn't exist in Europe," she said.

The team stressed that each gene variant on its own plays only a small role in increasing asthma risk, but that risk could be multiplied when combined with other risk genes and with environmental factors, such as smoking, that also increase asthma risk.

"It's been extraordinarily challenging to try to find variation in genes that are associated with risk for developing asthma that can be replicated among populations. It's a very complex disease with a lot of genes and a lot of environmental factors influencing risk," Ober said.

The findings now give researchers new areas to explore in understanding the interplay of genetics and the environment in asthma risk, and may lead to better treatments.

"What you see here in this paper is only the beginning," Nicolae said.