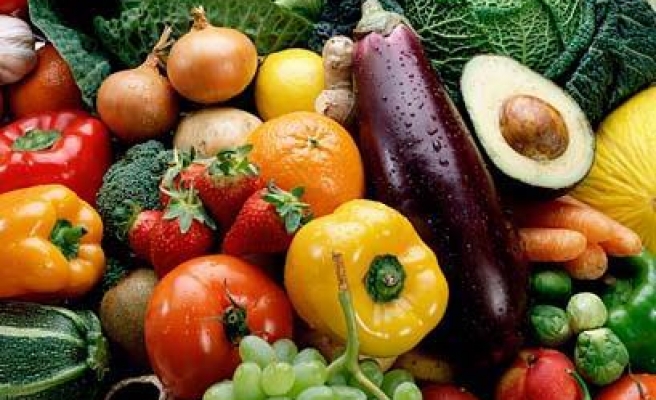 British researchers reviewed six earlier studies on links between diabetes and the consumption of fruits and vegetables and found eating an extra serving a day of vegetables like spinach, cabbage, and broccoli reduced adults' risk of getting type 2 diabetes by 14 percent.

The findings don't prove that the veggies themselves prevent type 2 diabetes which is often linked to poor diet and lack of exercise and is reaching epidemic levels as obesity rates rise.

People who eat more green leafy vegetables may also have a healthier diet overall, exercise more, or may be better off financially and any of those factors could affect how likely they are to get diabetes.

But, "the data suggest that green leafy vegetables are key," said researcher Patrice Carter of the diabetes research unit at Leicester University.

The review, published in the British Medical Journal, looked at six studies, which covered more than 200,000 people between 30 and 74 years old, in the United States, China and Finland.

"Fruit and vegetables are all good, but the data significantly show that green leafy vegetables are particularly interesting, so further investigation is warranted," Carter said in a telephone interview.

Green leafy vegetables contain antioxidants, magnesium and omega 3 fatty acids -- all of which have been shown to have health benefits, she added.

Each of the studies that Carter and her colleagues analyzed followed a group of adults over periods of 4-and-a-half to 23 years, recording how many servings of fruits and vegetables each participant ate on a daily basis then examining who was diagnosed with type 2 diabetes.

Green leafy vegetables stood out, however, with an increase of 1.15 servings a day producing a 14 percent decrease in an individual's risk of developing diabetes. Type 2 diabetes is caused by the body's inability to adequately use insulin, a hormone produced by the pancreas, to regulate levels of glucose produced from food. Uncontrolled, the sugar levels rise and can damage the eyes, kidneys, nerves, heart and major arteries.

An estimated 180 million people worldwide have diabetes. The costs of caring for those with the disease are soaring in wealthy nations and becoming an increasing burden in developing countries too.

Although there is no cure for diabetes, people with the condition can minimize their chances of getting sicker by being more active and losing weight.

Some people with diabetes need medications to control their blood sugar and insulin levels -- for others, it's enough to keep a close watch on their diet.

It's important not to point to green leafy vegetables as a "magic bullet" for diabetes prevention and forget the broader picture of whole food groups wrote Dr. Jim Mann, of the Edgar National Center for Diabetes and Obesity Research at the University of Otago in New Zealand and Dagfinn Aune of London's Imperial College in an accompanying editorial.

However, they added: "the findings are also a useful reminder to clinicians that giving dietary advice may be just as beneficial, if not more so, than prescribing drugs to patients at risk of chronic disease."