Fuego volcano is an active stratovolcano in Guatemala. It sits about 20 miles (16 kilometers) from the colonial city of Antigua Guatemala, one of the Guatemala’s most famous tourist attractions. 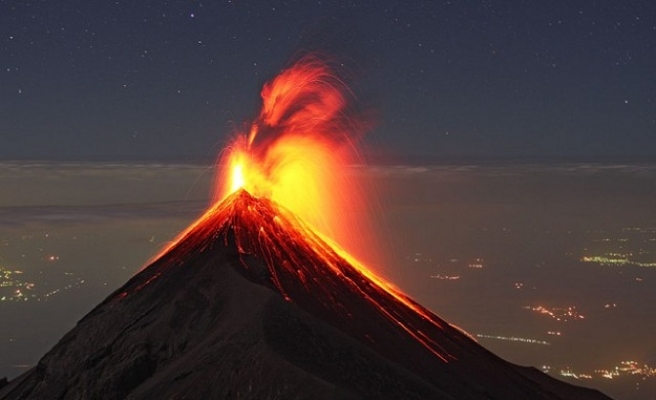 Guatemala's Fuego volcano belched black ash into the sky on Saturday, causing the government to evacuate 100 nearby residents and forcing the closure of the capital's international airport, President Otto Perez told reporters.

The volcano, about 25 miles (40 km) southwest of the capital, forced the cancellation of several flights as Guatemala's main airport shut down and workers sought to clear the runways of ash.

Officials said the amount of falling ash was moderate but urged nearby residents to use masks or wet cloth to guard against breathing dangerous contaminants.

The airport is expected to reopen by early Sunday morning.