Gut bacteria picky about what we eat: study

Researchers are increasingly trying to understand the interplay of bacteria and their human hosts. 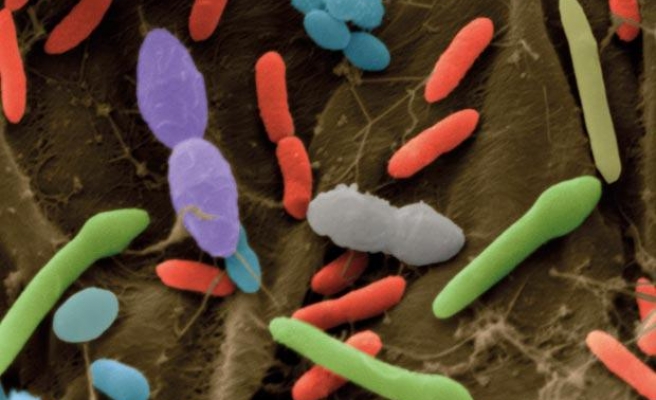 Gut bacteria -- colonies of bacteria that live in the human digestive tract -- appear to have fairly picky dining habits, with one type preferring high-fat, fast-food fare, and another preferring a high-fiber feast, U.S. researchers said on Thursday.

Researchers are increasingly trying to understand the interplay of bacteria and their human hosts.

"We know our human bodies are colonized with tons and tons of bacteria and other organisms. In your colon alone, you have more bacterial cells than you have human cells in your whole body," said Dr. James Lewis, a researcher at the the University of Pennsylvania, who worked on the study published in the journal Science.

"The unique feature of the intestines is that they are constantly bathed in what we eat. It seemed logical to us that some of the differences between one person's gut bacteria and another could be related to what they eat," Lewis said in a telephone interview.

To understand that, the team had to sort through a lot of excrement.

"We fondly refer to this as the poop study," Lewis said.

For the first part of the study, the team recruited 98 healthy volunteers and collected stool samples from each. The volunteers also filled out a detailed questionnaire of their eating habits.

Then the researchers used high-tech gene sequencing machines to determine the genetic code of the bacteria living in the volunteers' colons.

They found that the gut bacteria were largely from two distinct groups or enterotypes -- one called Bacteroides that preferred a typical Western diet rich in meat and fat, and another called Prevotella that preferred a high-carbohydrate diet.

Next, the team wanted to see if they could alter the gut bacteria by changing people's diets.

They recruited 10 healthy people who checked into a hospital for a 10-day controlled eating study. Half of the group ate a high-fat, low-fiber diet, and the other ate a low-fat, high-fiber diet.

Within 24 hours, the team saw changes in the composition of the gut bacteria but the overall enterotype remained the same.

Lewis said the findings suggest bacteria that live in the gut are sensitive to short term changes in diet, but it may take a long-term dietary change to significantly alter the types of bacteria that reside in the gut.

Now, the researchers are looking to see if these differences have an affect on inflammatory diseases of the gut, such as Crohn's, which affects 1.5 million people in the United States.

"Crohn's disease is caused in part by the way our body responds to the microbes in our intestines," Lewis said.

He said children with this condition sometimes improve with special diets, and the team wants to see if these diets alter the composition of gut bacteria.

Ultimately, Lewis said it will be important to find out whether the enterotype environment is associated with increased risk for disease. That could lead to new types of treatments for a host of diseases, such as diabetes or heart disease.