The findings, published in Archives of Neurology, tell cardiologists they need to be aware their patients may be at higher risk of memory problems. 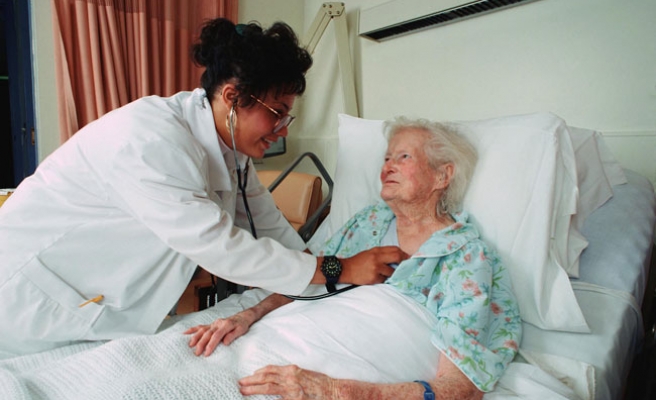 Older patients with heart failure had more memory problems when their heart ailments were advanced, but the same was not true with younger patients who suffered from a similar type of heart failure, according to a study.

The findings, published in Archives of Neurology, tell cardiologists they need to be aware their patients may be at higher risk of memory problems, problems that could come into play in their treatment, said study author Joanne Festa from St. Luke's-Roosevelt Hospital in new York.

"As you get older, there's more atrophy (in the brain). It could be that particularly in heart failure, the brain atrophies at a quicker rate," Festa Said.

In addition, when memory decline is linked to heart failure, it may come on very slowly and not be noticed until it's advanced.

Festa and her colleagues collected data from memory tests in 207 heart failure patients being evaluated to see if they were candidates for a heart transplant. The researchers split those patients up into 189 who had low scores on a test of heart function, and 38 who had better scores.

All the patients had heart failure market by a low left ventricular ejection fraction (LVEF), the measurement of how much blood is being pumped out of the left ventricle of the heart.

In general, patients younger than 63 performed similarly on memory tests, regardless of left ventricular function.

But in older patients, a low LVEF was linked to a 1 percent lower score on combined memory tests, especially on tests that measured how well they recognized and memorized words.

"They learn at about the same rate, but essentially they don't hold onto the information," Festa said.

"They don't remember it, they don't recognize it -- which is very relevant to remembered what your doctor said to you in the office."

In younger patients, the brain may be able to compensate for lower blood flow, while an already-aging brain might suffer more from the impact of heart failure, she added.

The researchers found that poor memory was also linked to depression symptoms and attention problems.

The findings are something for older heart patients, and the doctors treating them, to take note of, she added.

"Everyone is concerned about their memory, memory is an important part of everyday functioning," she said.

"But it also plays an important role in health outcomes. Doctors need to be aware that many of these patients should be evaluated."