For the study, published in Pediatrics, researchers surveyed the parents of 3,363 Australian children participating in a large national health study. 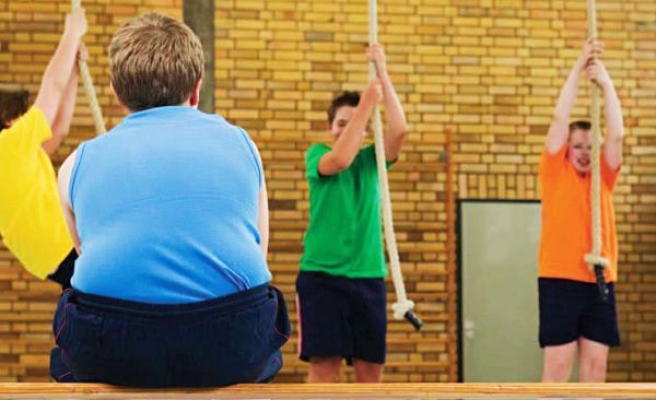 Children who are heavier than their peers at ages four and five are more likely to struggle in their relationships with other children several years later, according to an Australian study.

Researchers led by Michael Sawyer, a professor at the University of Adelaide, followed more than 3,300 children for about four years and found that heavy children were up to 20 percent more likely at age eight or nine to be described by their parents as having social difficulties, and their teachers as having emotional problems.

"The quality of peer relationships during this period of time has the potential to have a significant impact on children's later mental health," Sawyer wrote in an email to Reuters Health.

For the study, published in Pediatrics, researchers surveyed the parents of 3,363 Australian children participating in a large national health study. The interviews were conducted when the children were four or five, and again four years later.

Questions involved measures of children's mental and behavioral health, such as emotional problems, hyperactivity and social skills. Children also had their weight and height checked at each age.

Those children with a body mass index -- BMI, a measure of weight relative to height -- at least 1.6 points greater than their normal-weight peers at a young age were more at risk of having social problems, including isolation or teasing, later on.

"It's interesting that we're seeing these problems at an early age," said Christina Calamaro, a professor at the University of Maryland School of Nursing, who did not take part in the study.

"I think this speaks to the fact that health care providers need to take weight into consideration at an earlier age, so we can cut it off at the pass before they hit middle school."

The study authors wrote that the stigma of being overweight can translate into social struggles for these children, and the children might withdraw themselves from social activities because they fear teasing. Obese children are also more likely to be bullied.

Sawyer's group did not find any differences between the heavy children and the normal weight children in their risk of mental health problems, such as hyperactivity or conduct disorders.

Other studies have found that later in life, however, obesity puts adults at greater risk of developing a mental illness such as depression or anxiety.

Sawyer said he'd like to continue following the children to see whether the social problems his study revealed might be precursors to later mental health problems.