An experimental vaccine appears to be safe and effective in protecting people against hepatitis E infection, a trial in China has found. 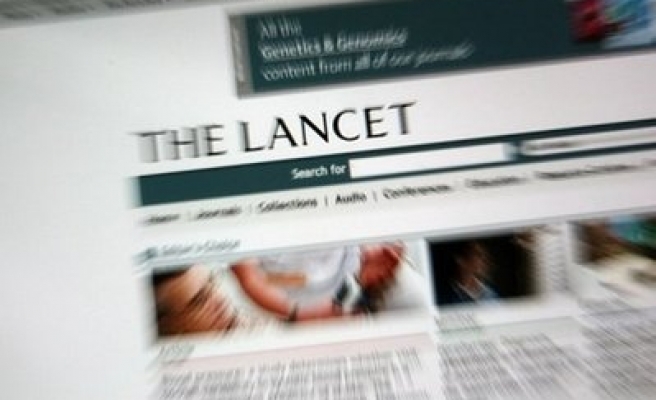 An experimental vaccine appears to be safe and effective in protecting people against hepatitis E infection, a trial in China has found.

Hepatitis E virus is shed in feces and spread via tainted water and food. Even though most people recover from it, it can cause severe illness in elderly people and has a mortality rate of 1 to 3 percent.

It can kill between 5 to 25 percent of pregnant women and those who survive can suffer high rates of miscarriage.

In a phase 3 trial involving 97,356 healthy participants in China's coastal province of Jiangsu, half of them were given the China-made vaccine and the other half placebo.

The vaccine made by Xiamen Innovax Biotech was given in three doses, the second being a month after the first and the third six months after the first.

Within a year after the third dose, 15 of the participants who were given placebo were found infected with hepatitis E, the researchers said in a paper published in The Lancet on Monday.

No one in the vaccine group was infected.

"In our trial, we found the vaccine well tolerated and efficacious for a general adult population. Further studies are needed to assess the safety and to support the benefits of the vaccine for pregnant women and for people younger than 15 years or older than 65 years," the researchers wrote in a statement.

"During a hepatitis E outbreak, or for travellers to an endemic area, protection can be quickly obtained by two vaccine doses given within one month."

No serious side effects were found to be linked to the vaccine, they said.

The researchers were led by Ning-Shao Xia at the Institute of Diagnostics and Vaccine Development in Infectious Diseases in Xiamen University in southern Fujian province.

Hepatitis E infection puts people with chronic liver illnesses at added risk and the authors recommended that such people be vaccinated against hepatitis E.

However, they said that because the study excluded people with chronic liver disease, more research would be needed to assess the benefits of such a vaccine for these people.

In an accompanying comment, Scott Holmberg of the National Center for HIV, Hepatitis, TB and STD Prevention at the U.S. Centers for Disease Control and Prevention said such a vaccine would be crucial in areas where sanitation was inadequate to prevent hepatitis E outbreaks.