'Holy water' at churches in Austria unsafe to drink

The springs held not only faecal contamination - likely the result of poor hygiene - but many also had agricultural nitrates and bugs that can cause inflammatory diarrhoea. 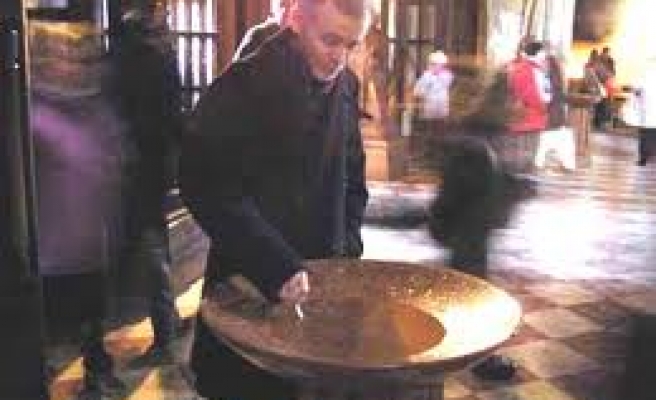 Holy water at religious shrines in Christian religion and churches in Austria is often contaminated with faecal matter and bacteria, researchers have found, advising the faithful not to drink it, especially in hospital chapels.

Scientists at Vienna University medical school's Institute of Hygiene and Applied Immunology came to the conclusion after analysing the water quality at 21 "holy" springs and 18 fonts at churches and chapels at various times of year.

Only 14 percent of the water samples from holy sources showed no faecal contamination, and none of the springs could be recommended as a source of drinking water, the study presented to a conference inVienna this week found.

The springs held not only faecal contamination - likely the result of poor hygiene - but many also had agricultural nitrates and bugs that can cause inflammatory diarrhoea.

"We need to warn people against drinking from these sources," microbiologist Alexander Kirschner said in the study.

Kirschner said the healing effects ascribed to holy sources arose from the hygienic conditions of the Middle Ages, when water quality in urban areas was generally so poor that people constantly contracted diarrhoea or other conditions.

"If they then came across a protected spring in the forest that was not as polluted and drank from it for several days, their symptoms would disappear. So although in those days they were drinking healthier water, given the excellent quality of our drinking water today, the situation is now completely reversed."

The study noted some ways to help address the problem, including regularly replacing holy water in church fonts.

One Italian priest has invented a holy water dispenser that dispenses drops of holy water rather than having the faithful dip a hand in, it noted.