Hormone replacement may not save women's muscle

Despite some earlier evidence that hormone replacement therapy after menopause can help maintain women's muscle mass, a new study suggests that any such benefit does not last. 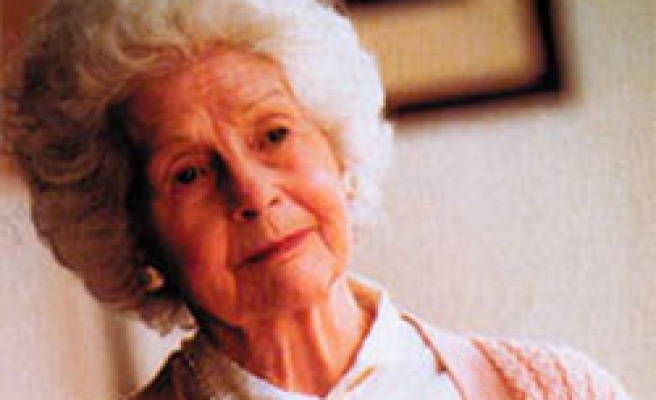 Despite some earlier evidence that hormone replacement therapy after menopause can help maintain women's muscle mass, a new study suggests that any such benefit does not last.

That women's muscle mass declines after menopause has long been known, and researchers have speculated that waning estrogen levels may play a role -- raising the question of whether hormone replacement therapy (HRT) can help preserve older women's muscle mass.

Results from the Women's Health Initiative (WHI), a large U.S. clinical trial looking at a variety of health effects of HRT, found that women who used hormones for three years maintained somewhat more muscle mass than those who had been given a placebo for comparison.

In this latest analysis of the WHI data, however, researchers found no muscle-mass advantage from HRT after six years.

The findings, published in the journal Menopause, are in line with another recent analysis from the WHI that found no evidence HRT preserved women's muscle strength or walking speed over six years.

The new results also add to a larger picture of disappointing findings on the expected benefits of HRT -- most famously, its failure to lower women's risk of developing heart disease after menopause.

The WHI was a large government-sponsored clinical trial begun in 1993, in which postmenopausal women were randomly assigned to take either HRT or placebo pills.

The trial was halted in 2002, when researchers found that women on HRT were not only not protected from heart disease, but showed higher rates of heart attack, stroke, breast cancer and blood clots than placebo users.

As a result, experts now advise that while HRT is effective at relieving menopausal symptoms -- like hot flashes and vaginal dryness -- women should take it at the lowest dose and for the shortest time possible.

Researchers are, however, still analyzing data from the WHI to tease out the health effects, both positive and negative, that can be linked to hormone replacement.

For the current study, investigators led by Dr. Jennifer W. Bea, of the Arizona Cancer Center in Tucson, analyzed data from a subgroup of 1,941 women who took part in the WHI trial. About half were randomly assigned to take placebos, while the rest were given either estrogen alone or estrogen plus progestin.

At the trial's outset, then again three and six years later, the proportion of muscle and fat in each woman's body was measured by DXA scans, a type of X-ray used in everyday medical practice to gauge bone density.

In contrast to the muscle preservation seen after three years in past studies, Bea's team found no evidence that HRT use contributed to greater muscle mass at year six.

Preserving muscle mass and strength with age is considered important because it may help elderly adults maintain their ability to perform routine tasks -- like climbing stairs and carrying groceries -- and possibly reduce their risk of falls and bone breaks.

Bea's team did find that women on HRT had a somewhat lower number of falls than those in the placebo group. But that association was based on a small number of falls, making it hard to tell whether it was a true effect of hormone replacement, the authors pointed out.

The researchers also found no evidence connecting the rate of falls in the different study groups to differences in muscle mass.

Future studies, according to Bea and her colleagues, should continue to look at the relationship between HRT and the risk of falls and bone fractures.

The researchers acknowledge that their study had limitations -- including the use of DXA, which might not be sensitive enough to detect subtle changes in muscle mass.

For now, they conclude, their findings suggest that while HRT might help delay muscle loss, that benefit does not persist long term.

One of the co-researchers on the study is involved in a clinical trial of lasofoxifene, a drug being developed by Pfizer, Inc. to treat osteoporosis, and has received funding from other makers of osteoporosis medications.