The success of this new generation of medicines means some melanoma patients would now be living with a chronic disease, rather than facing imminent death. 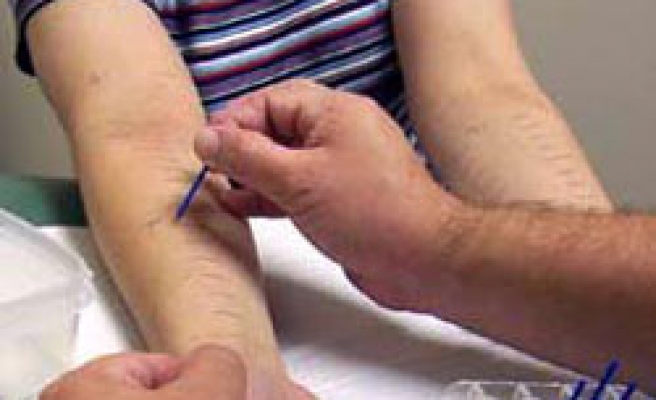 A new generation of drugs designed to trigger the immune system to fight cancer is offering the prospect of a "clinical cure" for some melanoma skin cancer patients who until a few years ago were more likely to be facing a swift death.

Cancer specialists gathering for a European conference at the weekend said the so-called immunotherapy drugs, a class led by Bristol-Myers Squibb's Yervoy, or ipilimumab, have transformed an area of oncology in which until recently doctors barely had time to get to know their patients.

Stephen Hodi, assistant professor of medicine at the Dana-Farber Cancer Institute in the United States, said he was cautious about using the term cure, but described recent advances as a "paradigm shift".

At the least, he said, the success of this new generation of medicines means some melanoma patients would now be living with a chronic disease, rather than facing imminent death.

"This is a really amazing time ... A few years ago we could never have imagined using the C-word, cure, in melanoma," he said. "But we are headed that way."

"Ipilimumab opened a door, and now the field is moving extremely fast," he told Reuters at the European Cancer Congress (ECC) in Amsterdam.

Yervoy, approved by regulators in 2011, was hailed as a breakthrough treatment in melanoma after it became the first drug ever to extend survival in patients with advanced forms of the melanoma, the deadliest form of skin cancer.

A type of drug known as a human monoclonal antibody, it activates the body's immune system to fight the cancer by targeting a protein receptor called Cytotoxic T-Lymphocyte Antigen 4, or CTLA-4.

On average, Yervoy added only about four months of life in pivotal trials, but around 20 percent of patients had an impressively durable response to the drug.

Hodi presented new data at the ECC from the largest and longest study of overall survival for patients treated with Yervoy which showed some of them can survive for up to 10 years.

Alexander Eggermont of the Institut Gustave Roussy Comprehensive Cancer Center in France, who specialises in the treatment of melanoma, said Hodi's results suggested some patients could be effectively cured of their cancer - a concept known as a "clinical cure" - with the drug helping the immune to keep the disease in check.

"Patients apparently can keep residual tumours under control for a long time when the immune system is properly 'reset', and the concept of 'clinical cures' becomes a reality," he said in a statement to the conference.

And with a next generation of immunotherapy drugs - designed to disable proteins called PD1 and PDL1 that prevent the immune system from spotting and attacking cancer cells - already being tested alone and in combination with Yervoy, there is "tremendous promise" in the treatment of melanoma, said Hodi.

Swiss drugmaker Roche's also has a leading contender - MPDL3280A - in this class.

"These (Yervoy) survival results could even double or triple with anti-PD1/PDL1 monoclonal antibodies, and metastatic melanoma could become a curable disease for perhaps more than 50 percent of patients over the coming five to 10 years," Eggermont said.