Teenagers who spend excessive amounts of time on the Internet are one and a half times more likely to develop depression than moderate web users, a study in China has found. 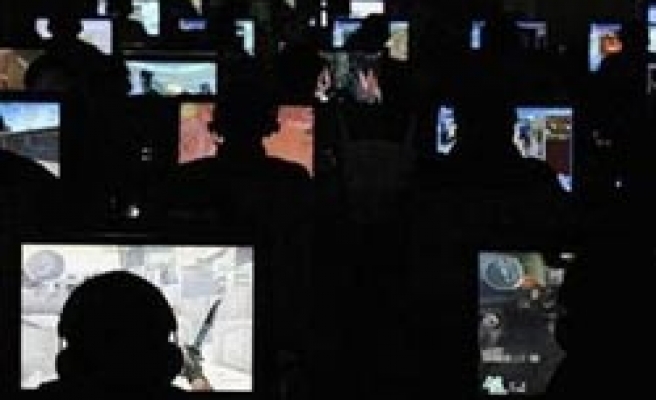 Teenagers who spend excessive amounts of time on the Internet are one and a half times more likely to develop depression than moderate web users, a study in China has found.

Researcher Lawrence Lam described some of the signs of excessive use spending at least five to more than 10 hours a day on the web, agitation when the teens are not in front of the computer and loss of interest in social interaction.

"Some spend more than 10 hours a day, they are really problematic users and they show signs and symptoms of addictive behavior ... browsing the Internet, playing games," said Lam, co-author of the paper which was published on Tuesday in the Archives of Pediatrics & Adolescent Medicine.

"They can't get their minds off the Internet, they feel agitated if they don't get back on after a short period of being away," the psychologist at Sydney's University of Notre Dame's School of Medicine said in a telephone interview.

The study involved 1,041 teenagers aged between 13 and 18 years in China's southern Guangzhou city who were free of depression at the start of the investigation.

Nine months later, 84 of them were assessed as suffering from depression and those who were on the Internet excessively were one-and-a-half times more vulnerable than moderate users.

"Results suggested that young people who are initially free of mental health problems but use the Internet pathologically could develop depression as a consequence," wrote Lam, who co-authored the paper with Zi-wen Peng at the Sun Yat-Sen University's School of Public Health in Guangzhou.

The depression might be a result of lack of sleep and stress from competitive online games, he explained.

"People who spend so much time on the Internet will lose sleep and it is a very well established fact that the less one sleeps, the higher the chances of depression," Lam said.

Lam said this was the first study looking into pathological use of the Internet as a possible cause for depression.

A previous study pointed to depression as a possible causal factor for Internet addiction, while several other studies showed a link between the two without clearly pointing which was the cause and which one the result.

Lam called for schools to screen students for Internet addiction, so they may receive counseling and treatment.