The local authorities are teaming up with groups such as the post office to check in on senior citizens, increasing their human contact and improving their lives. 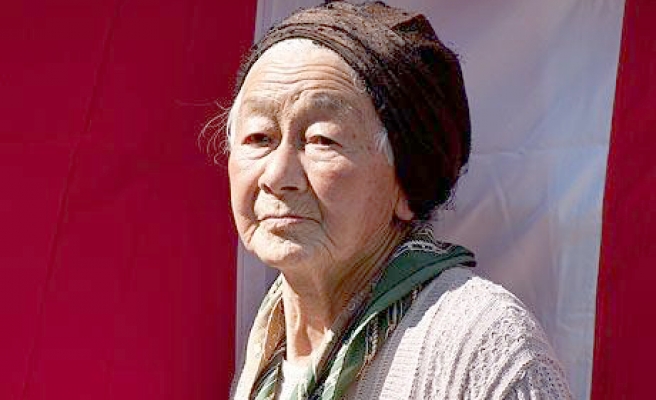 Japan's rapidly aging society, where nearly one in four people is over 65, means that more elderly are living alone every year and also, sadly, dying alone, their bodies sometimes undiscovered for days.

But now, local authorities are teaming up with groups such as the post office to check in on senior citizens, increasing their human contact and improving their lives.

Tokyo's Shinagawa ward, where last year at least 25 elderly died alone in their homes, in August began a venture with Japan Post in which postmen check up on people over 65 once a month by handing them seasonal greeting cards.

"We hope to strengthen ties within the community," said Akihiro Hara, a Shinagawa welfare official.

The experimental program calls on postmen to make sure nothing is amiss when they visit the homes of the elderly and to contact a special center at the ward office if something is wrong. That office will in turn contact hospitals and local welfare officials if needed.

Last year, 4.6 million elderly lived alone across Japan, and the number of those who died at home rose 61 percent between 2003 and 2010, from 1,364 to 2,194, according to the Bureau of Social Welfare and Public Health in Tokyo.

A deep-seated Japanese reluctance to interfere in the lives of others, even those living nearby, means that some of these people may go through their days without talking to anybody.

Another problem is a gradual drift away from traditions of respect for the elderly and Japan's once tightly-knit community bonds, resulting in increasing isolation, experts said.

"In some ways this can have its merits, because we can be free, independent. The demerits, though, are that we ignore each other," said social commentator Tomoko Inukai.

"One terrible characteristic of Japanese society is that we treat our elderly like they're lifeless animals."

A few other creative approaches are being taken to keep in touch with senior citizens.

One realtor has started to promote the idea of house sharing by single mothers and senior citizens, bringing together senior citizens who are interested in renting space in their house after their own families are gone with single mothers in search of affordable housing and also, perhaps, a live-in babysitter.

But the venture is not without its problems, admitted Hiroshi Kuwayama, the CEO of Now-e, the realty firm involved.

"Single mothers are young, and are more flexible in accepting the idea of house sharing, but it takes some time for the elderly to accept the concept in the first place."

Other efforts involve necessities such as food.

Mills, a firm in northern Niigata prefecture, delivers daily meals to senior citizens who are no longer able to shop or cook for themselves - and checks as well to make sure they are fine.

"Where we can, we provide 3 meals a day, every day of the year, excluding the New Year holidays," said Masahi Hayashi, a delivery manager at Mills.

"When we deliver, we also make sure our customers are safe."

Hayashi noted that while delivery personnel are not doctors, all of them have undergone basic first-aid training - but "we thankfully haven't needed to use it so far."

Still, delivery personnel are often the first to find elderly customers who have died, as many as five to six a year.

In the end, the simplest solution may just be trying to reach out, Inukai said.

"An enormous flaw in Japanese society is that we don't look each other in the eye when we're walking in the streets. We need to re-think the Japanese fear of interacting with others."