Japan to keep on whaling despite resolution

Though anti-whaling nations say the IWC should be acting to conserve whales, Japan and its allies argue that it was set up to manage whales as a resource. 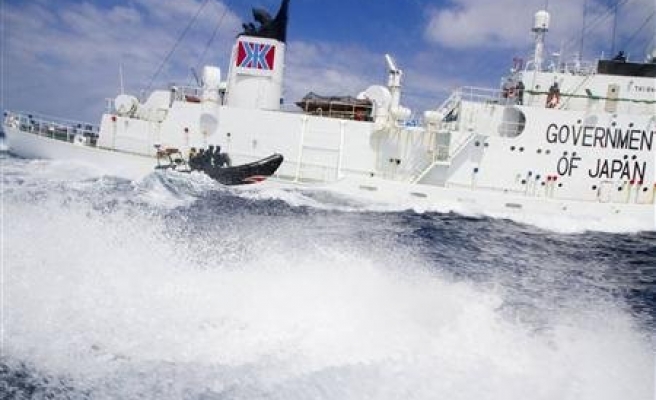 Japan vowed on Friday to resume its whaling programme in the Antarctic despite passage of a resolution opposing its hunt by the international body that oversees whales, terming the negative vote regrettable.

The International Whaling Commission (IWC) on Thursday adopted a resolution saying that Japan should abide by a ruling by the International Court of Justice (ICJ) earlier this year that its decades-old and disputed "scientific whaling" programme was illegal and should stop.

The surprise March ruling by the ICJ was a blow to Japan, which maintains that whaling is an important part of its culture, and prompted it to call off its 2014-2015 hunt in the Southern Ocean. It still carried out a scaled-down version of its less known Northern Pacific hunt.

Participants at the IWC's biennial meeting in Slovenia passed the non-binding resolution by a 35-20 majority, a move that Japanese Chief Cabinet Secretary Yoshihide Suga said was "extremely regrettable."

"We are now carrying out preparations for new plan for scientific whaling to resume in the 2015/2016 year, a plan that takes the International Court ruling into account," he said.

Though anti-whaling nations say the IWC should be acting to conserve whales, Japan and its allies argue that it was set up to manage whales as a resource.

Japan has long maintained that most whale species are not endangered and began what it called scientific whaling in 1987, a year after an international moratorium came into effect, despite growing global outrage, including from key allies such as the United States.

Though few Japanese now eat whale, the government argues that the meat is a part of Japanese food culture. Critics say its whaling programme is commercial whaling in disguise.

Prime Minister Shinzo Abe, who himself hails from a major whaling area, told a parliamentary committee in June that Japan would press ahead with its whaling plans with the intention of reviving commercial whaling while making efforts to gain international understanding.

The shrine is seen as a symbol of Japan's past militarism.

Abe's government has said it adheres to the 1993 apology but that there was no direct documentary evidence that Japanese military or government officials were directly involved in kidnapping the women. Abe has also said it is natural to pray for the war dead who sacrificed their lives for the nation.