A Japanese media frenzy over missing centenarians has cast a spotlight on the isolation and loneliness potentially faced by millions of elderly. 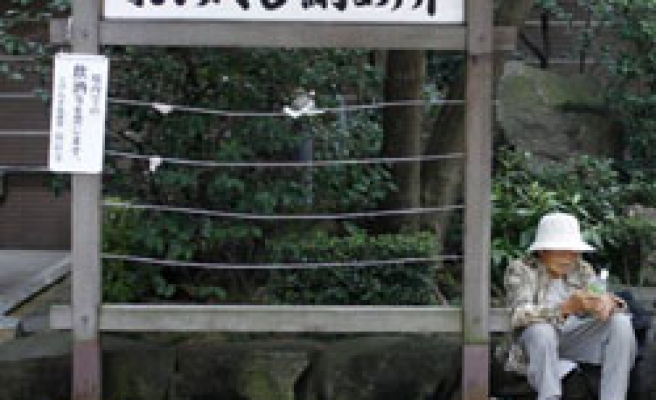 A Japanese media frenzy over missing centenarians has cast a spotlight on the isolation and loneliness potentially faced by millions of elderly as the government struggles to cope with a rapidly greying population.

The panic - and guilt - was sparked by the discovery that a man believed Tokyo's oldest male at 111 had actually been dead for over 30 years with his remains found mummified at his home. His family is under investigation for fraud.

Since then authorities have been unable to locate over 250 elderly people and reports have emerged of many old people dying alone, or of relatives running scams to get their pensions amid broken communities and overworked public volunteers.

"Don't worry, my mum-in-law is not a mummy," one relative, Mio Akiyama, jokingly reassured workers of Suginami ward, one of 23 special wards or municipalities of Tokyo, as they were checking on the area's elderly last week.

With investigations underway, officials have found many older people have moved away from their family homes, never to be heard from again, showing how the vulnerable with few friends can easily fall through the cracks of a leaky, support network.

Fusa Furuya of Tokyo's Suginami district, thought to be Tokyo's oldest woman at age 113, was found not be living at the address where she was registered. She has yet to be found and none of her family know her whereabouts.

Her step-granddaughter told Japanese media she had not seen her relative for more than 20 years.

"I feel sad and lonely. I didn't realise that kind of thing can happen in Suginami ward where I live," said 67-year-old retiree Katsuji Yamashiro.

These reports have shocked Japan which is home to an estimated 41,000 centenarians and whose women have held the record for the world's longest life expectancy for 25 years.

"I can't picture a situation where I wouldn't know her whereabouts. Perhaps the breakdown of family ties is the cause of the recent happenings," said Akiyama, holding the hand of her frail, 107-year-old, bed-ridden mother-in-law.

While Akiyama may show the respect for the elderly that many see as a traditional Japanese value, families are changing and the elderly are no longer automatically cared for by their family.

One-third of Japan's growing ranks of elderly are expected to be living alone by 2020 due to a fast-ageing population and more divorces. The government expects over a quarter of its 127 million citizens to be aged over 65 by 2015.

That means a new system is needed to replace traditional home care, Doteuchi said in a recent report.

The need is even greater as Japan battles with too few nursing homes and ballooning healthcare costs.

"Some solutions are already in place but much more has to be done because nuclear families are unable to fulfil their traditional role and the army of elderly is putting a huge pressure on welfare and pension systems," added the researcher.

While cities are having trouble keeping track of their elderly, the problem is less acute in rural areas where social ties often remain strong.

Experts attribute the contrast to the destruction of traditional communities in urban areas, where people can fall under the radar for days before anyone notices.

Experts say the government should do more to fill the gaps.

"Many people have no one to turn to so neighbourhoods have to work together to recreate old networks through community centres," said J.F. Oberlin University's Michiko Naoi.

"But people can't do it themselves -- they need support of the government," added the researcher.

In response to such calls, the Tokyo Metropolitan Government has launched a pilot programme called "Silver Policebox" -- a network of places where older people can come to seek help.

"We are struggling to keep up with the pace of ageing of the population but hopefully schemes such as the "Silver Policebox" will help the aged," said Yutaka Muroi of Tokyo City office.

"We will gather data on the missing centenarians by Sept. 28, look at the share of those missing and reasons behind it, and then we can start checking on all people over 65," said Muroi.