Kids who live with smokers have more ear infections

Kids whose parents smoke are more likely to get ear infections and have hearing problems, according to a new review paper. 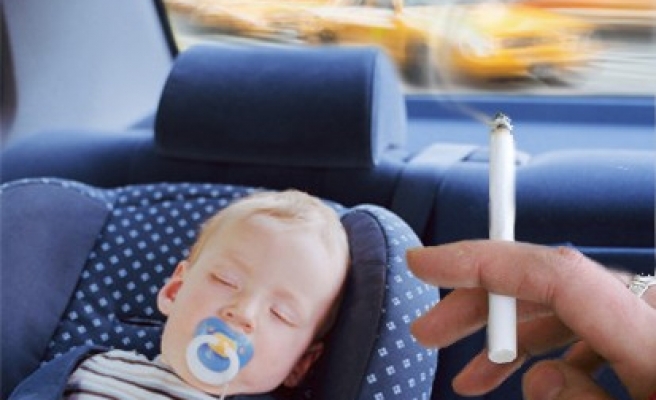 Kids whose parents smoke are more likely to get ear infections and have hearing problems, according to a new review paper.

When moms lit up, kids were also almost twice as likely to need surgery for recurrent ear infections or similar problems, researchers reported.

The findings come from a combination of 61 past studies. While they can't prove that smoke exposure causes ear infections, researchers suggested that if that's the case, hundreds of thousands of ear infections may be due to parents' smoking each year.

"It's pretty impressive, especially since ear infections cause enormous pain," said Dr. Michael Weitzman, who studies the effects of parental smoking at New York University Medical Center and was not involved in the study.

The new paper "once again highlights a common child health problem that is profoundly influenced by mothers' smoking," he told Reuters Health, "and it focuses our attention more than previous studies have on it resulting in surgical procedures for children."

When mothers smoked, kids were also 86 percent more likely to get surgery for a middle ear condition, including recurrent ear infections, than if no smokers were in the house.

About three out of four kids have had an ear infection by the time they are three years old.

Dr. Joseph DiFranza, a tobacco researcher from the University of Massachusetts Medical School in Worcester, said that increased risk of surgery -- which now usually involves putting a tube in the ear to drain out fluid -- is especially worrisome.

"Ear infections themselves are very common, but the surgery is not," he told Reuters Health.

Experts speculate that exposure to secondhand smoke may cause tubes in the ear to get inflamed and block up. Water could then leak into an empty pocket behind the ear drum, creating an ideal environment for bacteria to grow and cause infection.

"There are going to be kids who live in families with smokers who don't get ear infections," said Kathleen Daly, who studies ear infections at the University of Minnesota in Minneapolis. But living with a smoker "definitely puts the child at higher risk," she told Reuters Health.

The review's authors, led by Laura Jones of the University of Nottingham in England, calculated that if secondhand smoke does indeed cause ear infections, about 130,000 of close to 2 million middle ear diseases in UK kids in 2008 would be due to parents lighting up.

Additionally, 293,000 cases of frequent ear infections in the U.S., out of about 4.5 million annually, would be attributed to secondhand smoke from the home, they reported in the Archives of Pediatrics & Adolescent Medicine.

Parents' smoking has also been linked to asthma and allergy problems in kids, and moms who smoke while pregnant also put their baby at risk for sudden infant death.

Weitzman pointed out that the review didn't take into account other consequences of ear infections in kids -- such as parents' missed work days, and extra antibiotic prescriptions breeding resistant bacteria.